Policies in place to help cut down drug and alcohol abuse and what role our activities department has in eliminating the issue. 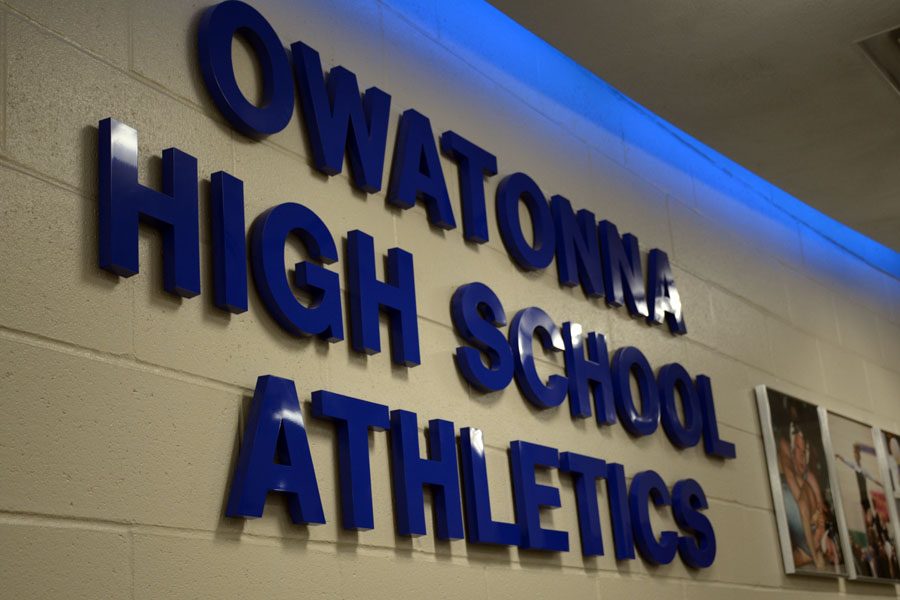 Editor’s Note: This is part two of a three- part series on teens and substance abuse. Part three will be published later this week.

Being involved in athletics and activities is  regarded as a privilege. Today, participants and athletes are held to a different standard than kids who do not participate. Legal issues arise for all students, but athletes and activities have additional penalties. The Minnesota State High School League (MSHSL) has set many rules and guidelines that athletes and members of clubs and organizations must follow to be able to participate in the activities their school offers. Are these enough? Should there be stricter policies? Where does guilt by association tend to fall in these guidelines?

To answer these questions, Owatonna High School Activities Director, Ryan Swanson, went over what consequences there are for athletes and members of other activities in Minnesota and in Owatonna. Swanson described the process that takes place when an athlete violates the drug and alcohol abuse policies. Swanson said, “First, there needs to be evidence or a suspicion that the student did indeed violate the policies. After there is enough proof, the student comes to me and we talk about what consequences will need to be in place.” The consequences are decided by MSHSL guidelines, the athletic director, and sometimes school administrators.

Swanson goes on to say, “With athletes, there will be a suspension of the sport of their choosing for two weeks or two competitions, whichever is greater. Then, the athlete will not be able to letter at the varsity level at the end of the season and there will be no awards given to the athlete at the end, including all conference and state. It is up to the coach if the athlete will be allowed to be a captain of the team.” In Owatonna, Swanson described that it is up to the coach to decide if their captain should still be a captain, whether they agree with the coach’s decision or not. In the end, it is the coach’s team. Swanson also said, “In this procedure there are policies that Owatonna has in addition to the MSHSL policies. These additional policies include the varsity letter and awards given after the season.” The core procedure that Owatonna follows comes from the MSHSL eligibility requirements.

If there is a second violation, the athlete will lose eligibility for the next six consecutive interscholastic contests in which the student is a participant or three weeks. Finally, if there is a third violation, the student will lose eligibility for the next twelve consecutive interscholastic contests or four weeks, whichever is greater.  MSHSL also states, “If after the third or subsequent violations, the student has been assessed to be chemically dependent and the student on her/his own volition becomes a participant in a chemical dependency program or treatment program, then the student may be certified for reinstatement in MSHSL activities after a minimum period of six weeks.” This addition to the suspension from the sport was added, because if a student has three violations there can be a conclusion made that the student does need help. Swanson also said,” Along with punishment to the student, Owatonna has also talked about creating a mandatory program for athletes to complete before becoming eligible to play again. Right now there’s an idea to have a computer course that teaches athletes about what these substances do to your body and how it will affect your performance.” Owatonna activities department’s main focus right now is on trying to stop substance abuse in the athletes and on making stricter policies.

“Guilt by association” is a topic that is causing conversation on state and local levels. An example of guilt by association is when a student goes to a party that has alcohol, drugs, or tobacco and chooses to stay sober. If the party is busted or the student is pulled over while helping an intoxicated friend get home safely should there be consequences given to the student that chose to be sober?

Owatonna Activities office is trying to figure out   what can be done to help get rid of the drug and alcohol problem of athletes and members of other activities. During the 2015-16 school year, there have been 16 violations in athletes having to do with drugs and alcohol. Swanson described that one way they are trying to solve this problem is with the help of a chosen group of athletes in Owatonna. The Pack is a group of Owatonna athletes hand -chosen by Swanson himself that help with promoting an alcohol and drug free high school career, along with staying healthy. Swanson said, “The Pack is one solution that we’ve come up with to help solve this problem. We hope that with the help from other athletes, we can eliminate drug and alcohol violations, and overall make our athletes healthier so they can perform their best!” The Pack is just one solution that the Owatonna activities department has come up with to help make athletes make better decisions. Although this a step, pulling a handful of kids out of class and talk to their teams about nutrition is not the same as drug abuse counseling or training for student athletes and coaches. With guest speakers consisting of coaches there are baby steps being made, although, not enough to completely solve the issue at hand.

However, the activities department can’t do it all. There is a call for help from these athletes for the community to come together and help support our teams beside while they are playing. Students argue that there is not a lot happening in Owatonna on the weekends. With the lack of a downtown and teen hangouts, Owatonna teens are resorting to partying to help entertain them on Friday nights. Often times that involves illegal substances. All students face the allure of illegal substance, but by signing the MSHSL contract athletes are saying that they will follow the rules that are expected of them.