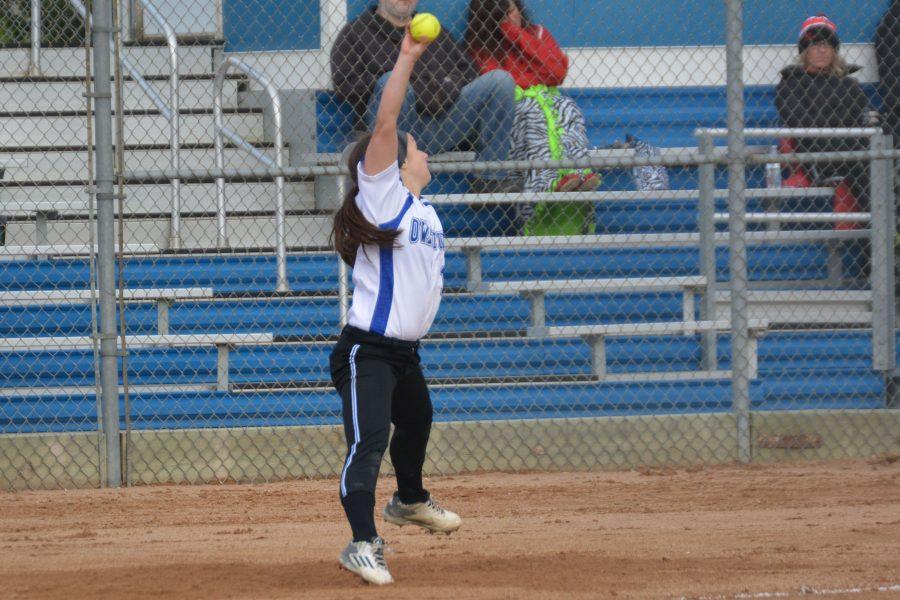 With their season coming to an end, the Owatonna Girls Softball team takes a moment to look back before focusing on post-season. The Huskies currently have a record of 11-7 overall and with a record of 7-3 in the Big 9, they are tied for third with Winona.

Though the team is comprised of many young players, the Huskies have strong senior leaders as well. Senior captain Kayla Johnson said, “Our season has been a very positive one. We’ve had a few tough losses, but overall we’ve done very well.” Senior captain, Millie Wanous said, “The season has been going pretty good. We beat Mankato West, which was really good because they’re ranked number one in the state.” Johnson reflects on the Huskies’ win against Mankato West, saying, “That was a huge moment for us. It really proved to us that we do have what it takes to go far in sections and hopefully we make it all the way to state.” Though their record is not perfect, the Huskies have gotten some convincing wins over good teams which will help propel them forward into section-play.

The Huskies celebrated senior night at their last regular season home game against Austin on May 17. The game ended with a rare triple play by the Huskies outfield, making the score 11-2. Wanous has high hopes for their post-season competition, Wanous said, “We’re a really good hitting team and I think we’ll go far in sections.” Johnson agrees, stating, “With the strong hitters that we’ve got, we have a good shot at making it to state. I’m super excited to see how much we can continue to grow in these section games.” The first round of sections will be on May 24. Go cheer on the Huskies throughout section play!