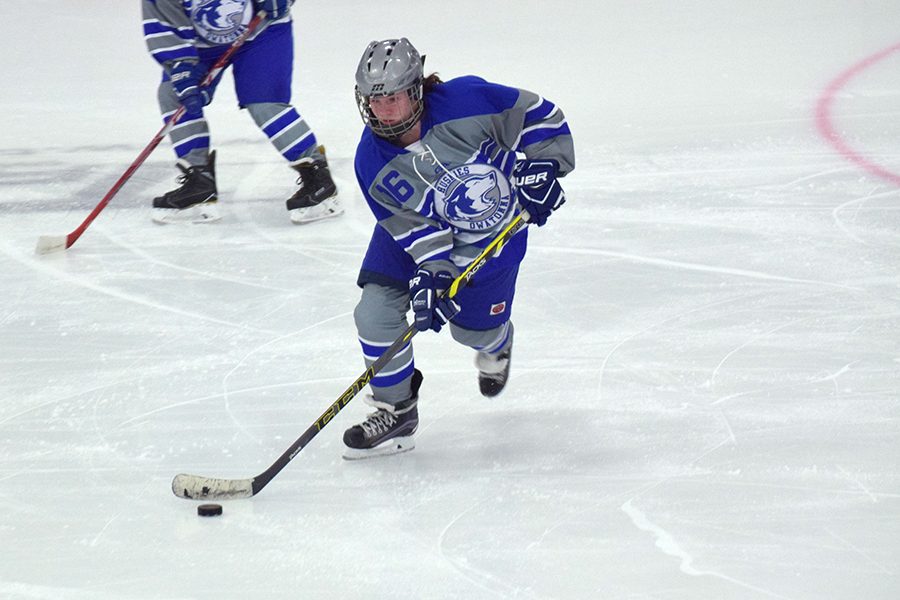 The Owatonna Girls Varsity Hockey team (4-1) is off to a hot start this season, dominating four of their five opening games. The Huskies started off their season with a big 4-3 win against the rival Faribault Falcons. It was not all smooth sailing from there however, South St. Paul proved to be a tough challenger and set the Huskies back with a 4-0 loss. Have no fear, they took the hit in stride and came out the next game to defeat Rochester Century 2-0. With momentum on their side, they dominated Mankato West 7-1, and followed up with another big win over Winona 10-1. Junior Captain Margo Achterkirch buried three to get her first hat trick of the year.

Senior Captain Shannon VanReeth said, “This year we have a young team with a lot of potential. With hard work on and off the ice, we should have a great season.”  The girls are scheduled to take on the Albert Lea Tigers tonight, Dec. 8. Come to the Four Seasons Arena and support the Huskies!