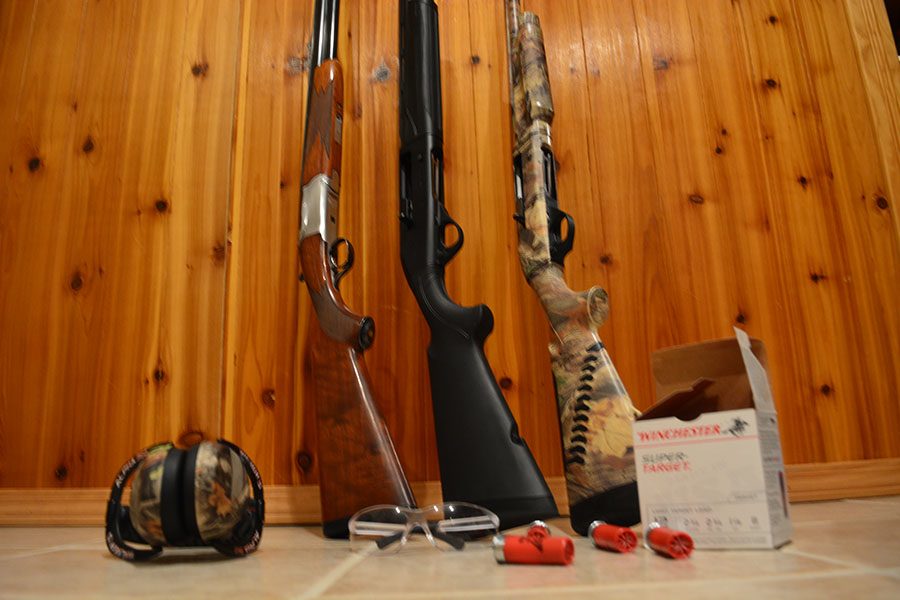 History is being made this year at Owatonna High School. For the first time ever, Owatonna will have its own trap shooting team. Trap shooting is a fun, competitive sport that tests a shooter’s ability to shoot flying clay targets. Shooters are scored on how many clay targets they hit out of 25 attempts. In order to receive a varsity letter, an average score of 18.5 over the course of the season must be retained. As of now, the team consists of roughly 50 athletes ranging from 8th graders to seniors.

The trap team shoots at the Owatonna Gun Club in the small town of Hope, which is just south of Owatonna. The team only practices and competes on Wednesday evenings. Athletes will be provided with team uniforms that include a team t-shirt, hat, and a shooting vest. Students will also be provided with ammunition, but must bring their own guns, as well as eye and ear protection.

The team sign up meeting took place on Feb. 16, but students are still invited to join the team. There will also be two student education meetings on March 8 and March 22. The first day of practice begins on Wednesday, April 5. The second practice takes place the following week, and then is followed by reserve week on April 19. On reserve week, scores are submitted by coaches and saved for future use if a competition is cancelled due to rain or other reasons. April 26 is the first competition date and the team will have five weeks of competition. All competitions are hosted at the Owatonna Gun Club, and the shooters scores are submitted online by coaches.

The team is lead by a senior group that is the “foundation” of the clay target team. Senior Brock Hanson said, “I am looking forward to having a good time and shooting with my friends.” The sport of trapshooting is all about having fun, and anyone can participate on the team. Spring sport athletes can continue their current spring sports and also join the trap team as it only takes up one night of the week. “I’m glad we finally have a trap team, shooting guns is an American thing to do,” said senior Matt Summer.

Coach Mike Kingland is excited for the season to begin. He mentioned at the first team meeting how they have been working to put this team together for a few years now. May 31 is fun night, where athletes can invite family and school officials for a picnic and shooting games. Trap shooting championships and the state tournament take place in June. The trap team is in for a fun inaugural season.