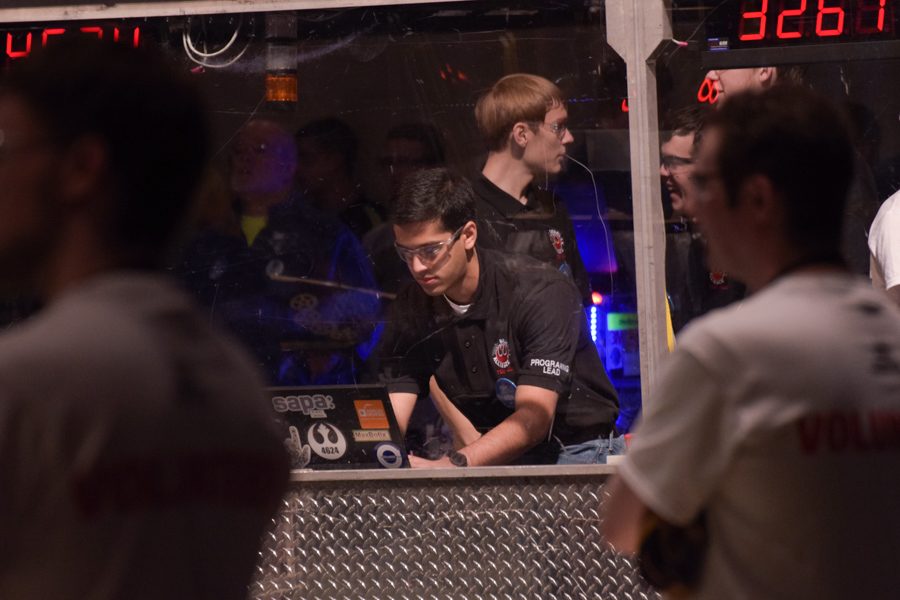 The world’s next generation of engineers faced off this past weekend, Mar. 1-4 in a competition of speed and accuracy at the Minnesota FIRST Regionals. The event took place in Duluth, MN, where 60 schools formed teams of three to compete to see who can power their airship the quickest in the time allowed. With some well fought matches and some technical difficulties the team came out with a record of 5-3. When it was all said and done, the Rebel Alliance took 19 out of 60 teams with their robot.

Along with an impressive weekend adviser, Val Rose said “One of the biggest highlights for the team was that Harrison Kuhn was selected to the dean’s list.” In order to receive this award, Kuhn had to be selected out of 60 students nominated by their advisers Kuhn said “It was very unexpected, it is such an honor to be one of the two people chosen out of so many nominated.” This award is given out to recognize student leaders and their dedication to the FIRST ideals. Along with the award, Kuhn was invited to the go to Saint Louis, MI to be apart of the national competition, as well as getting the opportunity to have lunch with the founder of FIRST Robotics. As for the rest of the Rebel Alliance, the team will end their season with the opportunity to go to a second competition on April 13-15 hoping to have a similar outcome.