The bitter game of baseball 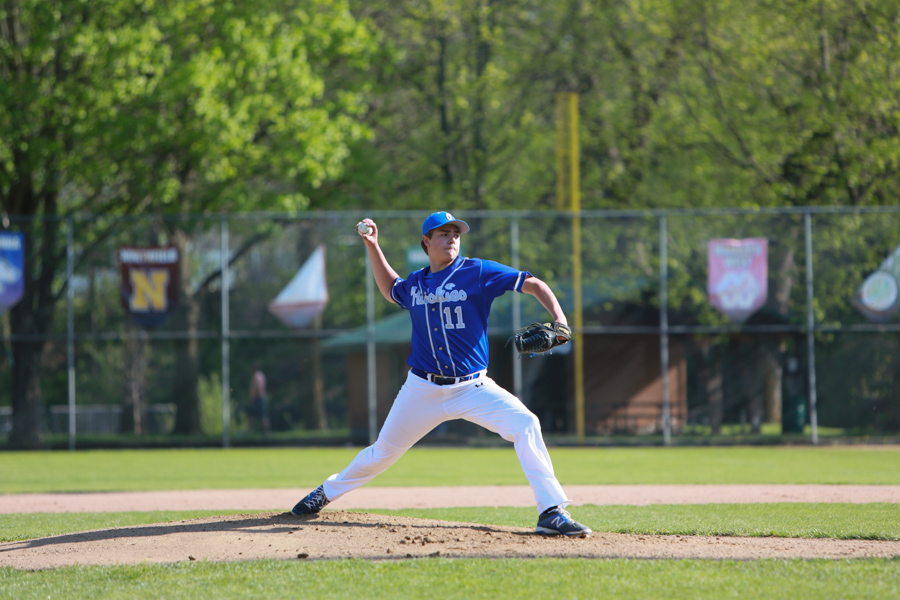 Brady Schuster throws a pitch during the game

The game of baseball is one of the toughest and most unpredictable games on the face of the planet. That exactly what they are talking about when we talk about this year’s Owatonna Baseball Team.

The team has had a couple of huge games, along with some they would like back. The past couple of weeks have been rough for the Huskies as they were beaten down by a strong defensive team from Century High School, with a freshman pitcher on the bump. The freshman went on to throw an almost complete game no-hitter. Due to the new pitching rules that started this year, he reached the 105 pitched per game limit with two outs left in the seventh inning. Later that week, the team went on to get 10-runned by an Austin Packers team that the two grades have struggled with in the past. Senior Ben Staska commented on the tough loss, “The balls were just being hit where we weren’t.” The Huskies looked to be in a slump after those two losses, but as the game of baseball goes they went on to finish off the week with a win against one of the top baseball teams in the conference. The Huskies beat Rochester John Marshall by one run late in the night with a strong pitching performance by the team ace Kodey Kiel.

After the strong win on Friday, the Huskies went onto Eden Prairie, at the time a top 15 ranked team in the state. The Huskies played some of their best team baseball of the year even when things did not go their way. Multiple players were thrown down at home plate during the game costing the Owatonna two runs. Jacob Gauthier pitched five innings, while Matt Bothun went in for the sixth and seventh inning closing the door and securing the win against Eden Prairie. This win might have been the biggest win of the season so far. However, just like that the team turned around could not find a way to beat the Albert Lea Tigers for the second time this season. The bats were rolling and the team played well, just not enough to take down the Tigers. It just shows how the game of baseball is very unpredictable. One night you can knock off a dynasty team, such as Eden Prairie, and the next night lose to Albert Lea, who the Huskies and most of the conference has had easy work of in the past.

The Huskies go on to face both Mankato schools later this week to try and clinch two huge conference games that would put them back in the race for a Big 9 conference championship. The Huskies have beaten both of the teams already this year but need to show up to the ballpark ready to battle for a couple of action packed late night games.  The next game will be played in Owatonna at Chuck Fuller Field tonight vs. Rochester Mayo at 5:30 p.m.