Huskies kicking their way to sections 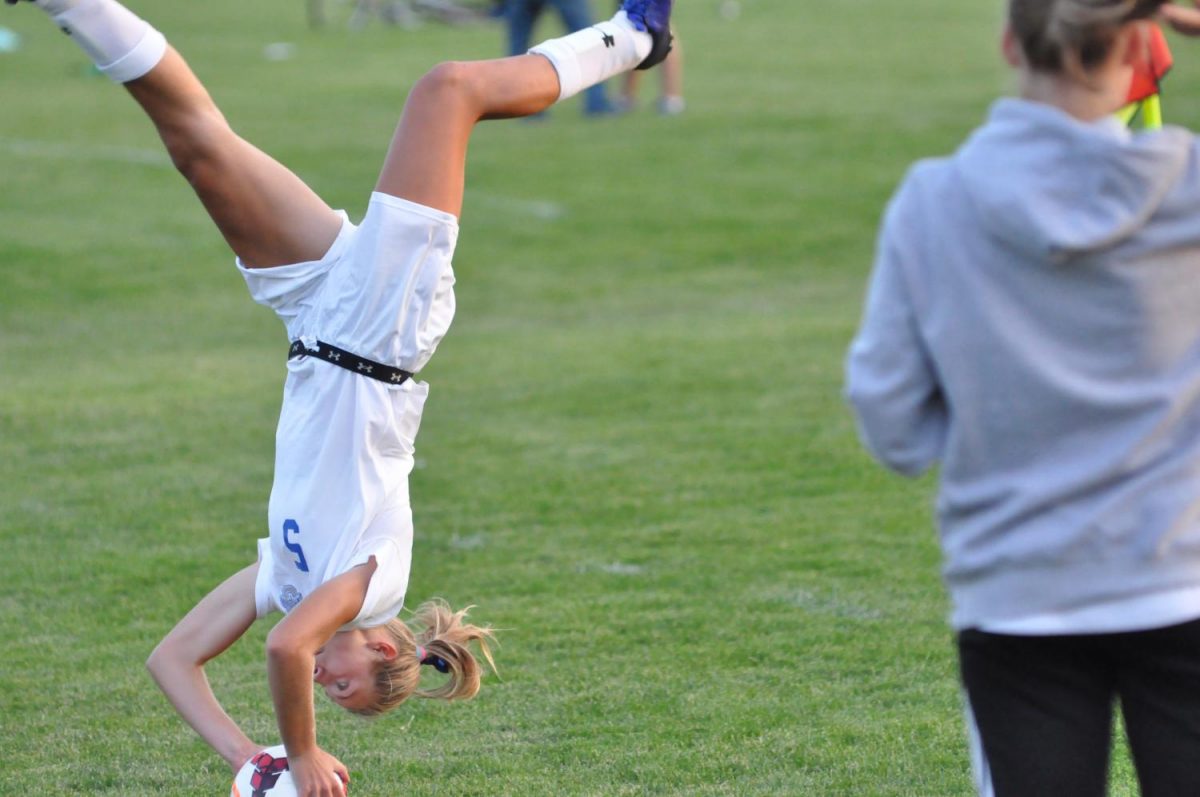 Owatonna Girls Soccer team is ranked number one in the conference with a record of  9-3. They played on Thursday, Sept. 21 against Rochester Mayo and won 6-0. With this win, they are seeded number one in the section; this means they are planned to be home. Assistant coach Hillary Pick had this to say when asked who needed to step up, “Our entire team has to step up as a unit, we have lost three of our starting back line. There are kids that need to move to positions they weren’t originally playing.”

Senior Margo Achterkirch is one of the three defenders that is injured. As well as being an important leader to the team as she is a captain. When coach Pick was asked how missing one of the captains would affect the team she said, “It wouldn’t affect the team chemistry that much; she is still available to motivate players from the sideline. Also, the two other captains are healthy.”

The Huskies have pulled up sophomore Kaia Elstad to help with the gaps that have been created on the team by the injured players. Junior Captain Sydney Kretlow “I am very excited for sections, if we get seeded number one we will get to have all of our section games home,” When Kretlow was asked about how the team has worked together as a team she said, “Our team’s camaraderie is really good, we are all close friends which helps us play for each other and not for ourselves.” Kretlow believes that even though they have so many injured starters they will be able to push through it will all of the depth that they have. You can follow along at the Huskies next game on Tuesday, Sept. 26 in Red Wing at 7:00. The girls next home game is against Austin Tuesday, Oct. 3 at 7 p.m.