Sliding into the season 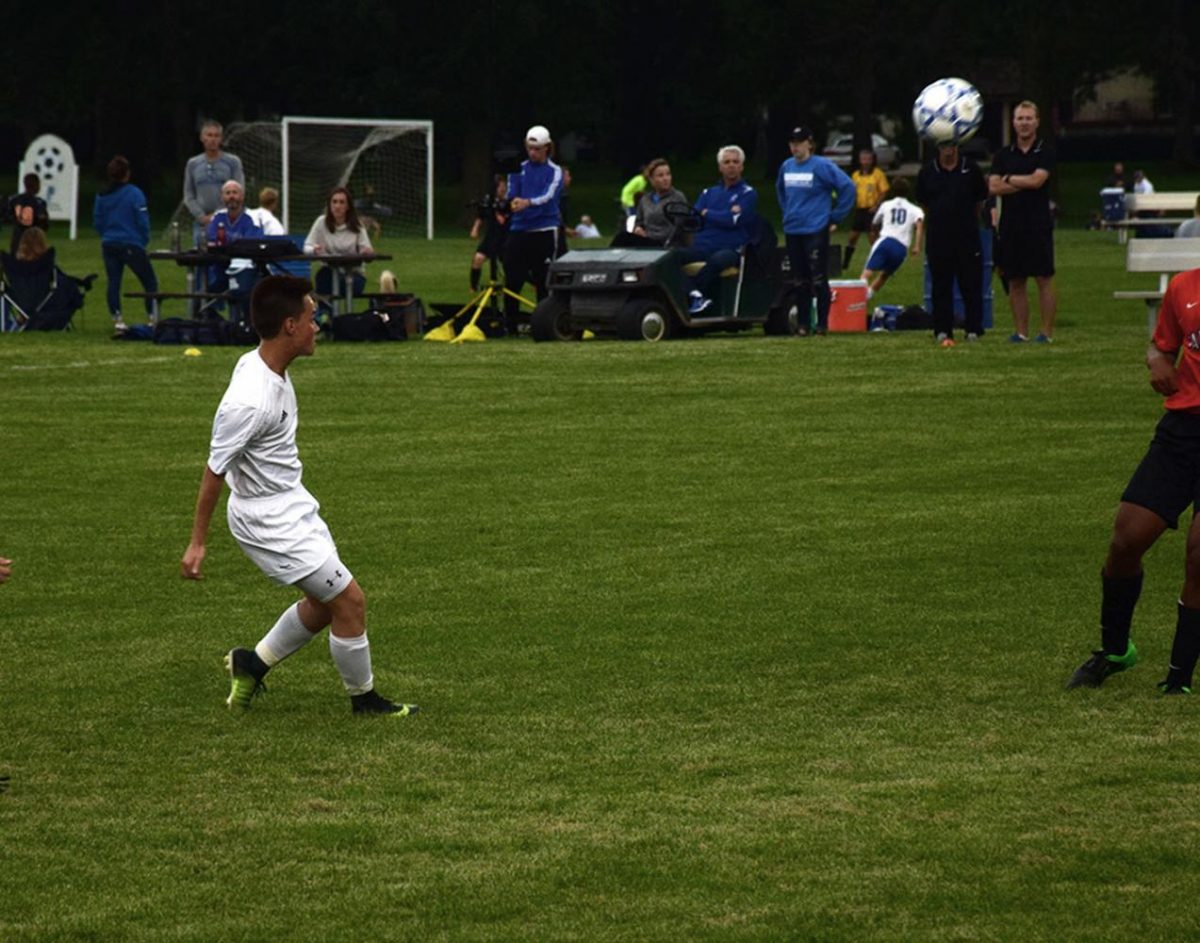 The Boy’s Soccer team currently holds the number four spot in the AA conference trailing right behind Lakeville South. The Huskies have had a difficult start to the year, but they have pulled themselves together and are starting to get into a groove. This year’s captains for the Boy’s Soccer team are Nate Smith, Ryley Glynn, Seth Bungum and Zach Barrett, they have led their team to a commanding 6-5-2 record. The Huskies locked in their first win against Mankato West with a final score of 3-0, after tieing their first two games against Farmington and Lakeville North.When senior captain Ryley Glynn was asked how the team could improve, he said, “We need to improve on our teamwork and come together as a unit. This team has a lot of talent and great potential, we just need to play for each other and we’ll be fine”. Although the team’s season has been off to a slow start as they start to mesh they become much better.

There have been quite a few players stepping up this year for the team. One of those players being senior captain Nate Smith, as he is currently leading the team with goals and has stepped up as a leader for the younger players. Another player who has stepped up the challenge is senior goalie Tyler Akemann. He has done a great job defending and continuing to step up his game every week Overall, the team has had a solid start to the season and are looking forward to a promising postseason. The Huskies recently beat Rochester John Marshall (7-1), Apple Valley (4-1), and Red Wing (9-1). Let’s hope the Huskies can come together and make a deep push into sections this year. Make sure to come to come watch and support the Huskies next home game on Thursday, Sept. 28 at 6:00 p.m.