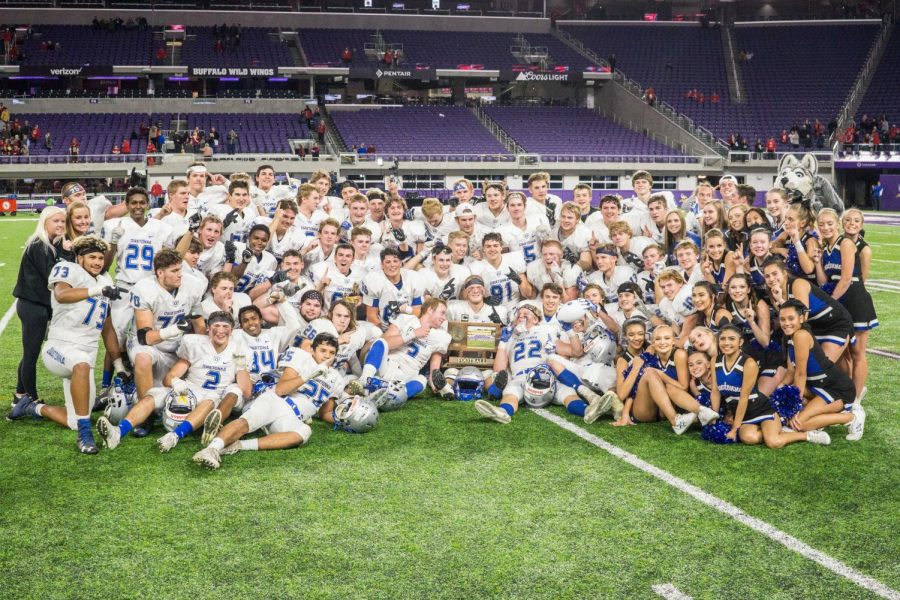 Managers, players and cheerleaders pose for a photo after the victory

The Owatonna Football team brought the championship back to Owatonna, not only for themselves, but also for the city of Owatonna. This was shown in part by the police escort given on the way out of town, as well as the police escort to the high school after the team had made their way back into town. Coach Jeff Williams said,

“Owatonna is so supportive of our kids and it is fun to give them the kind of season we had this year.” This feeling was not lost on the players as well.  Senior captain Mitchell Wiese said, “It feels good because we have such great support from our fans.” The community has supported the football program from day one, whether it meant purchasing the infamous ‘Husky Cards,’ attending games at Lakeville North in the cold or supporting them in US Bank Stadium. The Huskies were shown the height of their support when they were awarded a key to the City of Owatonna. Senior captain Abe Havelka will always remember from this season, he said, “I’ll never forget hearing our crowd roar behind us when they announced us (the team) during the championship game.”