A pilot with a passion 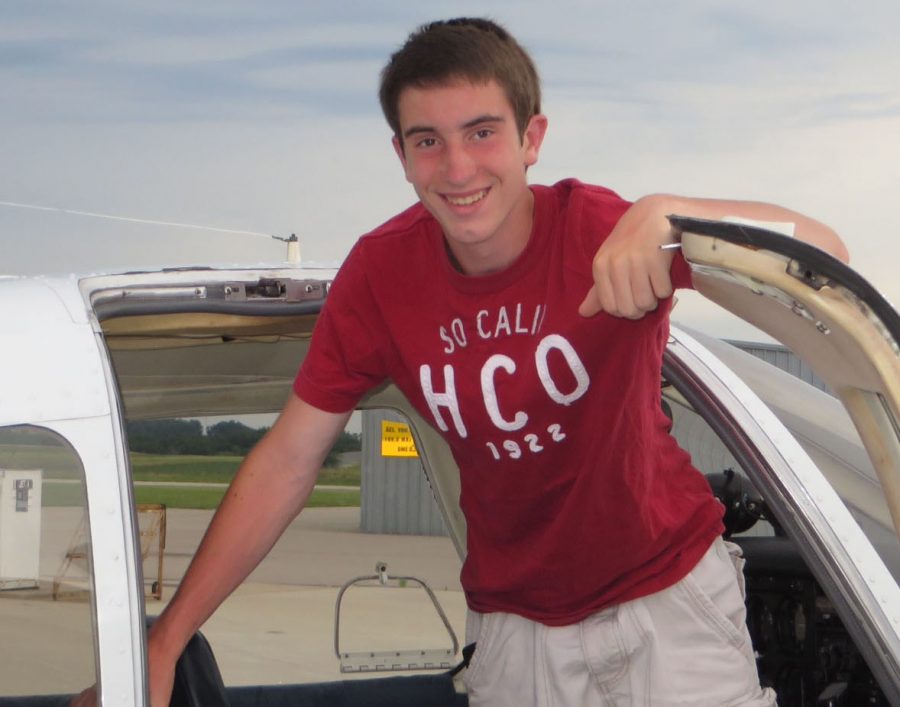 Conner McCartney is fulfilling his dream of becoming a pilot

Conner McCartney is a junior at Owatonna High School, and he has a very special talent that not many people are aware of. Conner flies airplanes, a task with quite a bit of responsibility and technicality. Flying airplanes is not simple, and it requires countless hours of practice and dedication.

At a very young age McCartney loved anything that flew. He began to love airplanes and aviation, and his interest was strengthened with help from his grandfather David Jensen, who is also a pilot. His grandfather owned his own airplane and often gave him rides in the sky. McCartney started out as a pilot with a dream that had to sit on two boat cushions to see over the dash of the plane.

As a young man’s interest continued to grow, he began to learn the skills and techniques of aviation. Through help from his grandfather and his own research, he began to sharpen his skills. His grandfather helped him by critiquing his maneuvers to the point that an instructor would approve of it.

At 16 McCartney really started looking into flying as a career and began taking flying lessons. McCartney said, “This was a big moment for me. I had realized I was putting a childhood dream into action.” He began to learn the basics of flying, and with lots of practice and hours on the runway, he began his first solo flight. McCartney said, “This was one of the most important and memorable days of my life.” His family watched from the runway as he began his slow ascent into the air, alone. McCartney said, “Once the plane was off the ground I wore a smile ear to ear as I flew around the pattern.” After his solo flight, he had to complete three cross country flights over 100 miles, three solo tower landings and night flight to get his pilot’s license.

McCartney has big dreams for the future. His goal is to get his commercial license and fly charter planes across the country, and to major in aviation. In his spare time, McCartney enjoys working out at the airport cleaning and tidying up airplanes. He still has a written test and some more hours to complete before he can fly officially, but his head is above the clouds. McCartney said, “At a young age, I was told by many people that I would never be able to fly, and that I would never be a pilot, but my friends and family always encouraged me to pursue my dream no matter what.”