Sports opinion on Anthony Rizzo being a top example of character in the MLB. 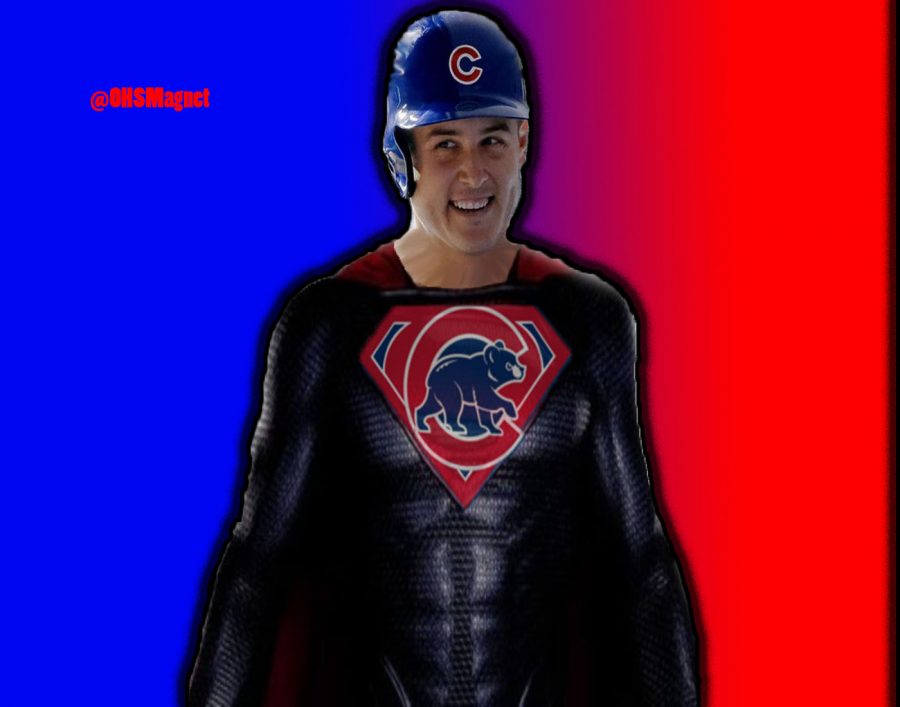 Anthony Rizzo is seen as a superhero by many

In 2007, Anthony Rizzo was drafted by the Boston Red Sox at the age of 17, which was an exciting moment for a kid coming out of high school. During his first year of professional baseball, Rizzo was playing single A baseball in the Red Sox organization, but he was diagnosed with Hodgkin’s Lymphoma. Rizzo underwent six weeks of chemotherapy, but in early September of 2008, he was told his cancer was in remission. Many people would have had difficulty coping with the news, but not Anthony Rizzo. Rizzo is a perfect example of resiliency and of a positive member of his community.

Rizzo’s outlook on cancer can be seen when he said, “I believe that an individual does not battle cancer, but rather the whole family does.” Since he won his battle with cancer with his family, Anthony has been doing everything he can so others can keep fighting. In 2012, the Anthony Rizzo Family Foundation began as non-profit 501(c)(3) organization benefiting cancer research and the families fighting the disease. The organization has put on include the Annual Laugh-Off Cancer-Comedians, Annual Cook-Off for Cancer, Walk-Off for Cancer and many more events to raise money.

In late August of 2017, the Anthony Rizzo Family Foundation donated 3.5 million dollars to the Ann & Robert H. Lurie Children’s Hospital of Chicago. Rizzo got emotional when asked about this donation and talking about his battle with cancer. He said, “I remember sitting with my mom saying we’re gonna do this 10 years ago. This is just a little step to our mission. To be able to give back and do this type of work is so much bigger than winning the World Series or doing anything on the baseball field.”

Anthony Rizzo attended the Stoneman Douglas High School in Parkland, Fla. where the  mass school shooting took place on February 14, 2018.  The day after the school shooting, Rizzo made a heartfelt speech to the students, and he spent a few days watching the school’s baseball team play. He invited the team to come to the Cubs opening day game, which was in Miami against the Marlins. Rizzo had high praise for the students of Stoneman Douglas, and he said, “I think these kids are standing up for what they believe in. They’re motivating everyone to go out there and register to vote, which is amazing. That’s as powerful as they can make their voice heard.”

Rizzo, being behind these kids in Parkland and participating with The Anthony Rizzo Family Foundation, is leaving his name bigger than what he does on the field. In 6 whole seasons, and parts of 2 other seasons in the MLB, Rizzo has had some impressive stats. He has hit nearly 200 home runs, over 500 RBIs, been in the top 15 of NL MVP voting 4 times, won the world series in 2016 and has been classified as an all star 3 times. The award that stands out the most is from 2017 when Rizzo won the Roberto Clemente reward. The Roberto Clemente award is given to the MLB player who best exemplifies the game of baseball, sportsmanship, community involvement and the individual’s contribution to his team. This award is Rizzo and everything he stands for.