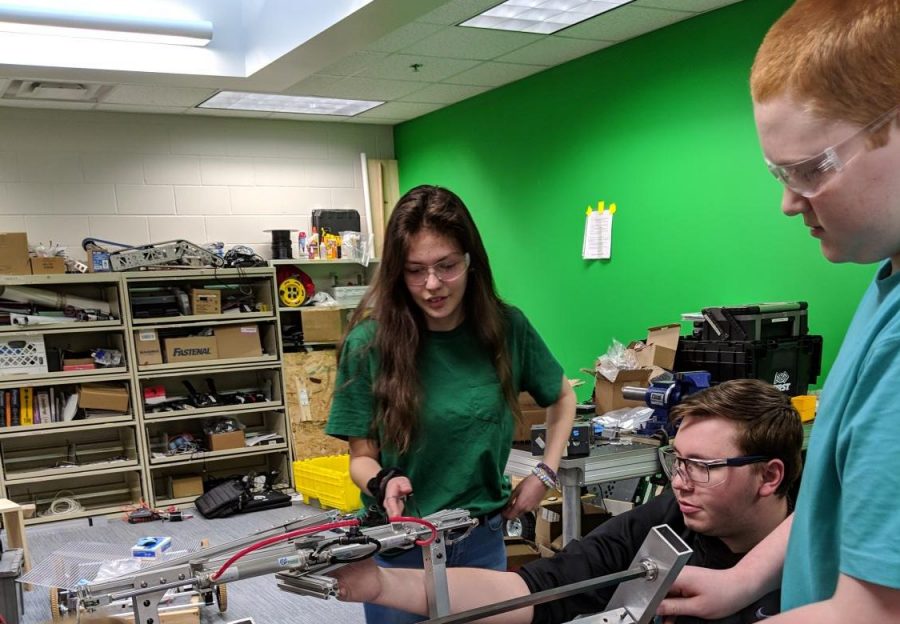 In a field that women have always had a small percentage in, Elena Alba stands her place in STEM. Alba is a freshman and the only girl in Rebel Alliance, the OHS Robotics team. Alba devotes most of her time to robotics after school where she takes on the role as the team’s safety captain, a promotion from her previous job as a programmer. She makes sure everyone is abiding by the guidelines of the robotics safety rules. She also documents, records and reports all injuries on the team as well as ensures the first aid kit is ready to go for every competition. Alba will be traveling to regionals where she will attend the safety meeting; she will meet with the safety judges to discuss what the Rebel Alliance does regarding safety.

Alba knew she had a passion for math and science from the beginning. Her dad was an engineer, and she was frequently exposed to his work. Growing up, math has been one of her favorite classes. Additionally, Alba’s older brother played a crucial role in starting the robotics team eight years ago. At a young age, she learned the importance of robotics, and what it stands for. Alba was on the middle school’s robotics team last year where they made it to state as a rookie team. Joining the OHS robotics team this year was a little different for her because the team consisted of all boys. Alba said, “It was awkward at first because all the boys are like brothers and they didn’t really talk to me a lot.” However, as time passed, she established many relationships and bonds with the members on the team. They have accepted Alba like a sister where they all have many inside jokes and have a lot of fun together. Robotics captain Caleb Kess says, “The ideas and leadership she brings as the safety captain are incredibly beneficial and she is a joy to have on the team.”

The fact that Alba is the only girl in robotics has never steered her away from the activity that she loves. She is not afraid to take on any task that has been handed to her. Robotics coach, Mrs. Valorie Rose said, “In some ways, the rest of the team are looking to her as a leader and a representative that makes others girls encouraged to become active with robotics.” Alba thinks that women in STEM careers are important. The current population has traditionally been made up of men. Alba said, “I think girls can do just as much as guys can do. If they have a passion for it, they should go for it.” For a future career, Alba plans to go into engineering. However, she also has an interest in aerospace and computer science.