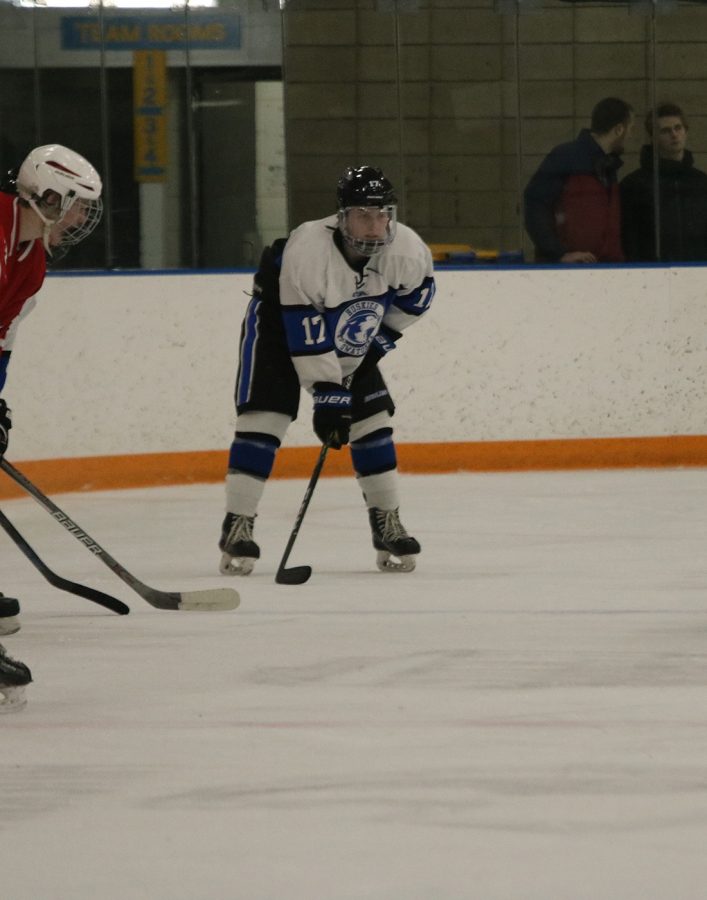 Mason Oland is one of the very few three-sport varsity athletes in OHS. He has excelled in all three of his sports; football, hockey and lacrosse. Oland is a two-time state champion with the football team, a hard hitter on the ice and a quick midfielder on the lacrosse field. Oland will definitely be missed in all three sports after he graduates.

Mason is currently in his hockey season and enjoying a great one so far. He has helped the team continue to fight for the top spot in the conference with a 15-9 overall record. The season has been filled with great experiences thus far. Oland said, “Winning the Duluth tournament has been my favorite memory so far.” Bringing his best to practice each day, Oland is a grinder. He is willing to go the extra mile to help his team out by bringing the best of his abilities each and every day. He is a leader on the ice and has been a great influence to his younger teammates. Sophomore Dom Valento said, “Mason is a funny guy and a great teammate to have and be around.”

Coming up this spring for Oland is lacrosse. His leadership skills will be on display this season as well as all others. Head lacrosse coach, Scott Seykora said, “Mason is a captain, and he is a competitor. He works hard at practice and the games. That is what makes him a great leader.”

With college on the horizon, Oland is planning on attending North Dakota State University in the fall of 2019 and playing club lacrosse. Oland said, “I really liked the idea that when we get to travel for games we stay in mansions, and NDSU has always been my top school even before they started recruiting me.” He is looking forward to gaining a degree in criminal justice and psychology as an understudy for law school and to continue playing lacrosse.

Catch Oland and the rest of the boys hockey team at their next game on Saturday, Feb. 23 at 2:30 p.m. against Lakeville North at the Rochester Rec Center.