Swing into his senior year 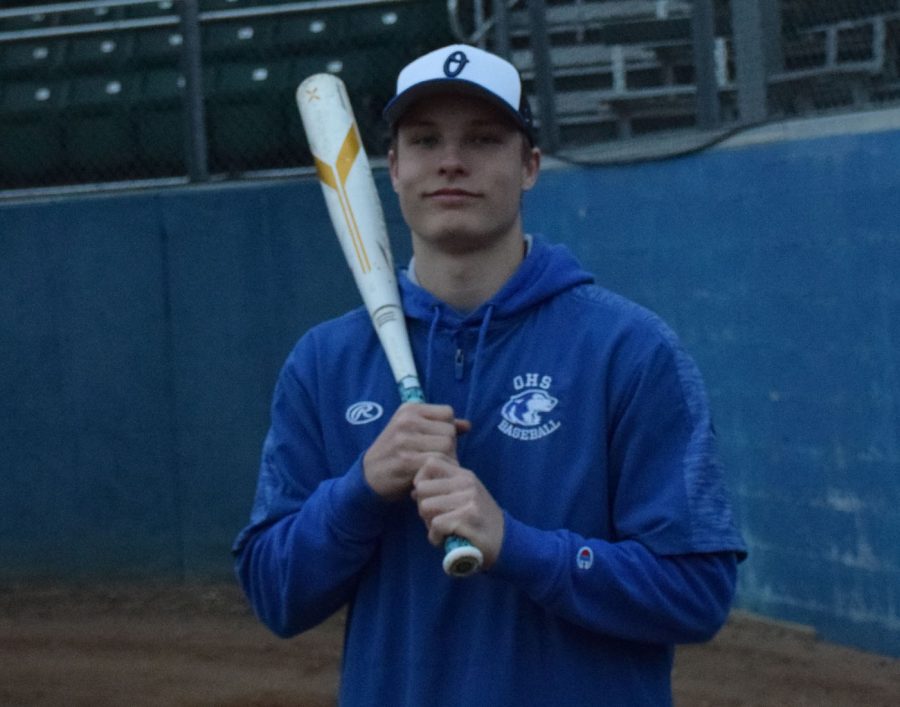 Senior Jake Miller is one of the most athletic kids to come across in his class. Miller is a lockdown defensive back on the football field, and during the baseball season he can chase down anything in the center field. Miller has been playing sports all his life and hopes to finish off his senior year on a high note with his last season of baseball.

Miller has been a threat in both football and baseball his varsity career. Over the summer, Miller was able to build his strength and athleticism, and his hard work paid off with his position as a talented defender during the football season., helping the Huskies win two state championships. Miller said, “It was a great way to end my football career. We had fun and won a lot.” After taking the winter off from basketball, he is ready to be a captain and step up on the ball diamond.

Junior teammate and outfielder Matt Williams said, “Jake has a great attitude, works hard and is always making people laugh. It’s awesome to have someone who can lighten any mood, and still take things serious.” Miller always has a smile on his face and makes the coaches and players happy to just be around him. Head coach, Tate Cummins said, “The kids respect him because he has accomplished a lot over the fall. Last year he led the team at the plate and everyone respects him with that too.” Miller is ready for the upcoming season and the pressure that comes with being a role model. Both Miller and Cummins have high expectations for the upcoming season. Miller said, “I have always been relaxed, so as long as we are winning at the end of the year we can make a push for state.”

Miller has been looking forward to meeting the upcoming expectations that have been set for him. Not only have those expectations been set for himself, but for the rest of the team. He is excited to finish his high school career in centerfield, making some spectacular plays, stealing bases and having fun with his friends. At this time, Miller is still up in the air about his college choices and is not sure if he wants to play sports or just study.