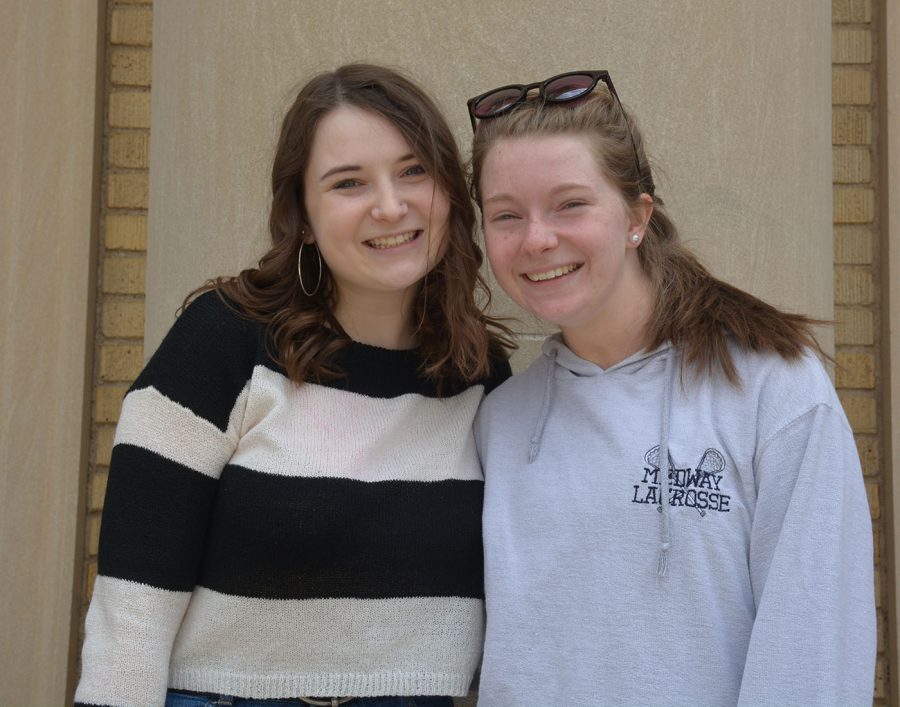 Carolyn Stauffer and Kismet Richardson will be speaking at graduation

As the end of the 2018-2019 school year approaches, OHS is starting to finalize commencement ceremony details. A huge part of the ceremony is the speeches composed by two commencement speakers of the graduating class. Students graduating in 2019 had the opportunity to try out for the role as a commencement speaker.  Ten seniors auditioned for the panel of staff for the honor. After some deliberation done by the administration, on May 8, the speakers were named: Kismet Richardson and Carolyn Stauffer.

Although this was Kismet Richardson’s first year at OHS, she still managed to make an impact in the school. Kismet shows her academic strength by being inducted into the National Honor Society. She proved her talent as a singer by earning a spot in concert choir and playing “Jane Banks” in a musical this year. Richardson also plays lacrosse and manages football. In addition to athletics, academics, and arts, she joined DECA. Richardson said, “OHS has taught me that you can make good out of anything and that if you stay accepting of others, the world will be accepting of you.” Richardson feels that she can represent many different aspects of the student population. She recognizes the honor of being chosen and is really excited. Her message explains to take chances and understand that there is no wrong decision, only opportunities to learn.

Carolyn Stauffer has also been majorly involved in OHS. She shares her musical talents by being in the symphony orchestra, concert choir, pep band and carolers. Just this year she has been in all three productions for theatre. She played “Siobhan” in The Curious Incident of the Dog in the Night-Time, “Winifred Banks” in Mary Poppins, and was cast in the spring play The Complete Works of William Shakespeare Abridged-Revised. Stauffer qualified for the state tournament for speech team. She is a hard worker and has been doing PSEO through Riverland for her academics. Stauffer feels that OHS has given her opportunities to grow academically, musically and emotionally. Stauffer has always wanted to speak at commencement and represent her class.

Kismet Richardson and Carolyn Stauffer will give their speeches at the graduation ceremony on June 9 at the Four Seasons Centre in Owatonna, starting at 2 p.m.