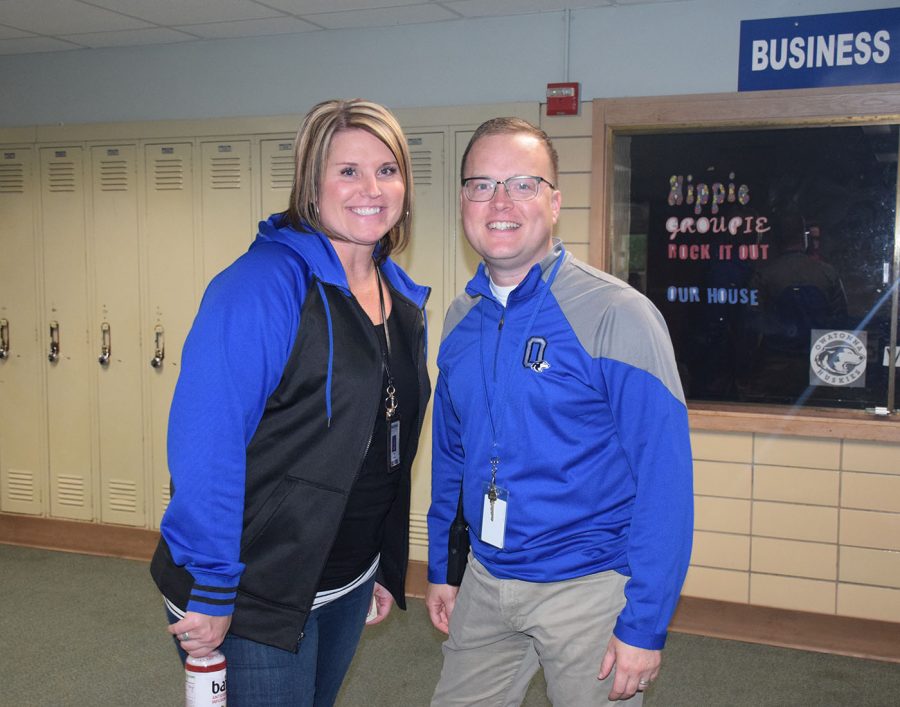 Mr, Kath poses with Ms. Jeska in the hallway

After holding a position in public office, teaching at OHS, and administrating in Mankato, Mr. Kory Kath has become Owatonna High School’s new principal. Coincidentally, Mr. Kath’s first year as principal is also the 25th anniversary of the homecoming parade he helped create while attending OHS.

Mr. Kath was a student at OHS from 1992-1996. While attending, he was a part of the student council that began the long-living tradition of the homecoming parade. He states that the driving factors behind the parade, like creating the best culture and community around students, have not changed even after coming full circle to his position now. Mr. Kath truly loves the students here at OHS. Mr Kath said, “My favorite part is getting to know students, and celebrating those victories they see throughout the year. It feels great to celebrate with others when they let you into their world and allow you to be a part of their journey.” He is very passionate about his continued role in this important community event and is very proud of what it has become.

The journey Mr. Kath has taken from his graduation, from OHS in 1996 to his new role as the principal, is very educationally centered. Mr. Kath began his journey after high school at the University of Minnesota – Twin Cities, looking to study political science and economics. After his freshman year, he transferred to Gustavus Adolphus College, graduating in 2000 with a political science degree and a degree in secondary education. Mr. Kath then came to Owatonna, working as a political science and economics teacher here at OHS. From 2008-2012, Mr. Kath pursued a role in the state legislature. Elected to the State House of Representatives, Mr. Kath was left to teach part-time until leaving OHS in 2012. He then worked at Mankato East as the assistant principal for two years then the principal for five years at Eagle Lake Elementary.

When he isn’t busy making OHS a better place, Kath loves spending time with his family, going on trips and attending various community events. Mr. Kath’s office is located in the main office at OHS.