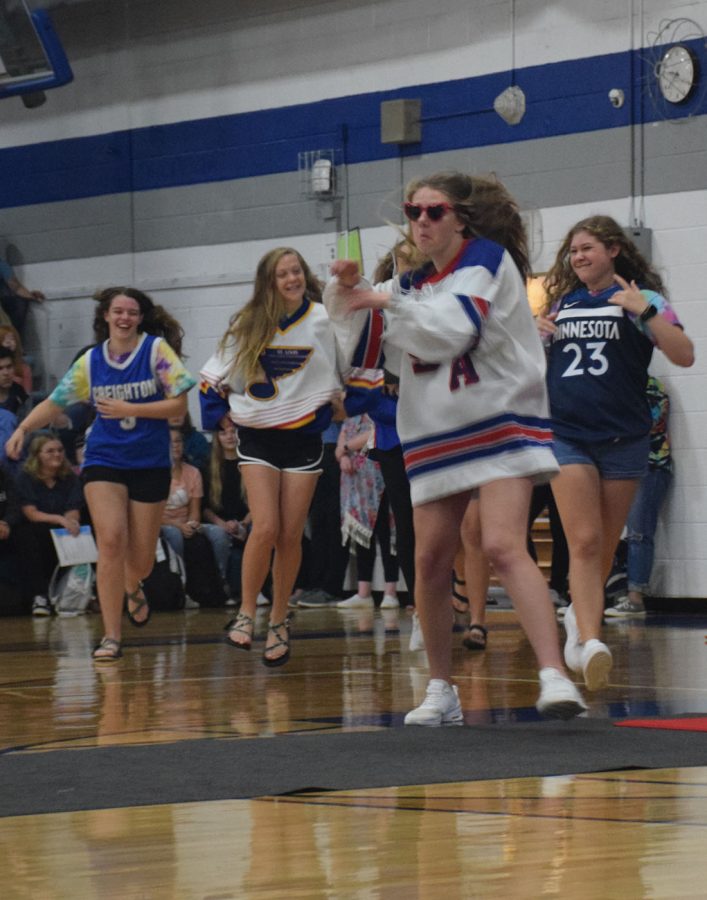 Looking from the outside at homecoming week, it can look like a fun side project, but it is actually a very large commitment. The committee is in charge of planning the pep fest and coronation, picking out a homecoming theme with dress-up days to coincide with the theme, the activity night which is beach volleyball at Lava Burger this year, the half time show at the game, as well as the set up and clean up of the dance. Mrs. Justice said, “It is a busy but fun week.” This is because it is a lot of time and patience to put everything together for homecoming.

When it comes to finding a theme, the committee meets up in August and makes up a list of about 115 ideas and narrow it down to three from there. In previous years they have had to decide rather quickly on the theme; however, Mrs. Justice said, “It was kind of a fluke this year that we were able to get student input.” The hope is that in upcoming years the homecoming committee will be able to continue getting input from the student body.