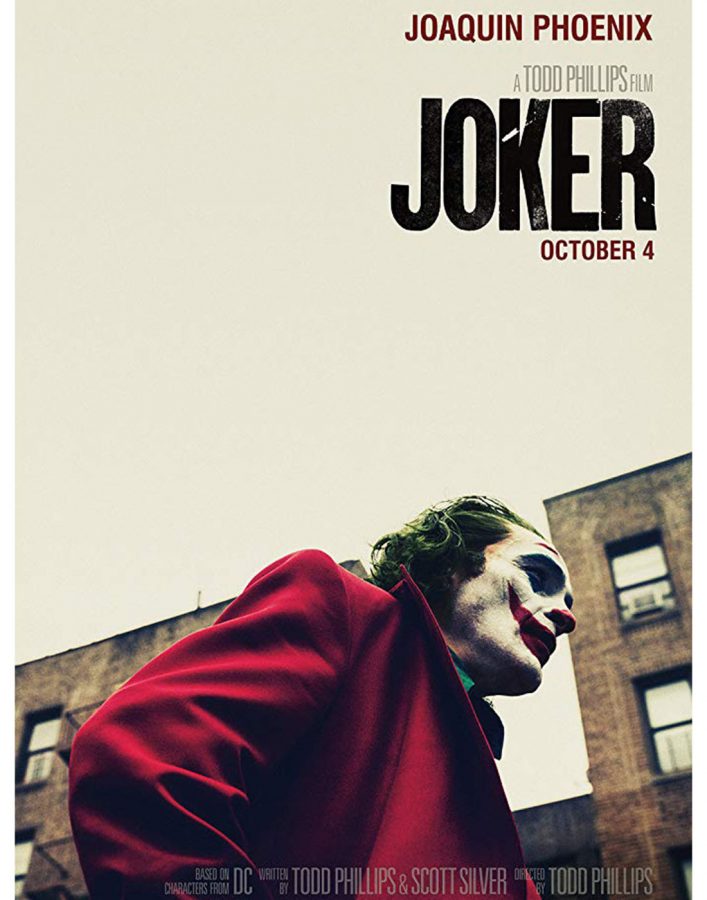 Joker, directed by Todd Phillips, is a film with much more depth than the usual super-villain backstory. With a perfect blend of internal and external conflict, the film addresses issues that are present in society. The protagonist of this film is named Arthur Fleck, played by Joaquin Phoenix. Phoenix’s performance is nothing less than spectacular. He perfectly portrays the symptoms of psychopathy. Phoenix’s screeching laugh and complexion are enough to scare most if they saw him on the street. He lost a lot of weight to play this role; the audience can see the malnourishment. Debate of the best actor to play the Joker has reignited; Phoenix’s performance is competing against Heath Ledger’s in The Dark Knight for first.

The internal conflict between Fleck and his mental illness shows that people with mental illness need to be supported, especially those who have been through traumatic experiences. In one scene, Fleck admits all his thoughts are negative. Although this may not seem like a big deal, this mental state keeps him from feeling any empathy. This leads him to act without considering the impact.

There other people suffering from mental illness including Fleck’s mother. According to the Center for Disease Control, the chances of suffering from a mental illness is greater if a blood relative also suffers from one. This could be one of the reasons that Fleck’s mental illness is so impactful in his life. Fleck’s mother has problems with delusions. The past of Fleck’s mother is not clear, but the film also illustrates an abusive past for her. People need to be aware of people who have a mental illness because it puts everyone at risk if they are abandoned. The gradual deterioration of Fleck’s mind leads him to take action. Part of this action is that he plans out his own suicide. Although this is desolate, suicide is a problem in the United States. The non-profit Mental Health America said, “Over 10.3 million adults have serious thoughts of suicide in the U.S.” After the complete descension of his mind, he requests to be called Joker.

Besides the conflicts between Fleck and the people around him, there is disagreement amongst the poor and elite of Gotham City. The elite of Gotham City have been exploiting the poor. Horrible living conditions and starvation is a problem in the city. Arthur Fleck becomes the mascot for a movement seeking the elite to help solve these problems. In the United States, people are homeless and starving on the streets, and often the elite turn blind eye toward the issue much like those in this film.

There is controversy around this film because it makes the audience feel sympathy for the killer. This film’s commentary on American society is designed to bring light to issues not for people to sympathize with Fleck. This has been one of the darkest films based on the DC Universe. The emphasis on just the character of the Joker, a character in its nature is dark, does not allow the film to be anything else.

The film does an amazing job depicting American society and the perspective of having a mental illness. Although the film does not emphasize the conflict between the elite and the poor, it is an important issue that needs more attention in the film. The film skips pieces of escalation in that conflict that are needed to understand the chaos at the end of the film. All things considered, the film’s good far outweighs the bad.