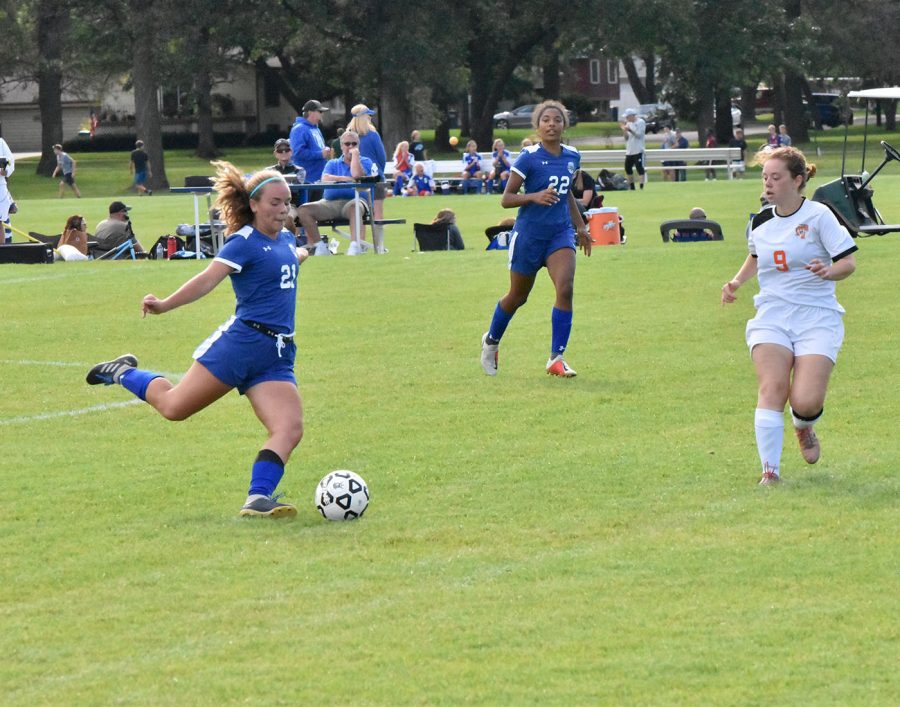 Senior Karingtan Stanford passes the ball down the pitch

The Owatonna Girls Soccer team has put together a successful regular-season record of 11-5. They have faced a lot of adversity, specifically when they lost senior captain Josie Sullivan to an ACL tear at the start of the season. Luckily, many other players have stepped up and made a huge impact this year. Head coach Nate Gendron said, “Our seniors have contributed every single game. We have strong players up top with Grace and Ezra, and with Asia and Anna in the middle. Ela and Abby out wide and, defensively, Kaia and Emma D. hold down the fort, so I’d say those are some of our strongest players.”

With key contributions by many players, the team tied as Big 9 Champions with Mankato West and Rochester Century. After a key 2-1 win over Northfield, the girls played at Lakeville South where they suffered a tough season-ending loss 2-0. Senior captain Asia Buryska reflected on their season. She said, “We really came together and accomplished a lot. I was really proud of the effort and dedication the girls showed throughout the whole season.”