The wonderfulness of Our Town 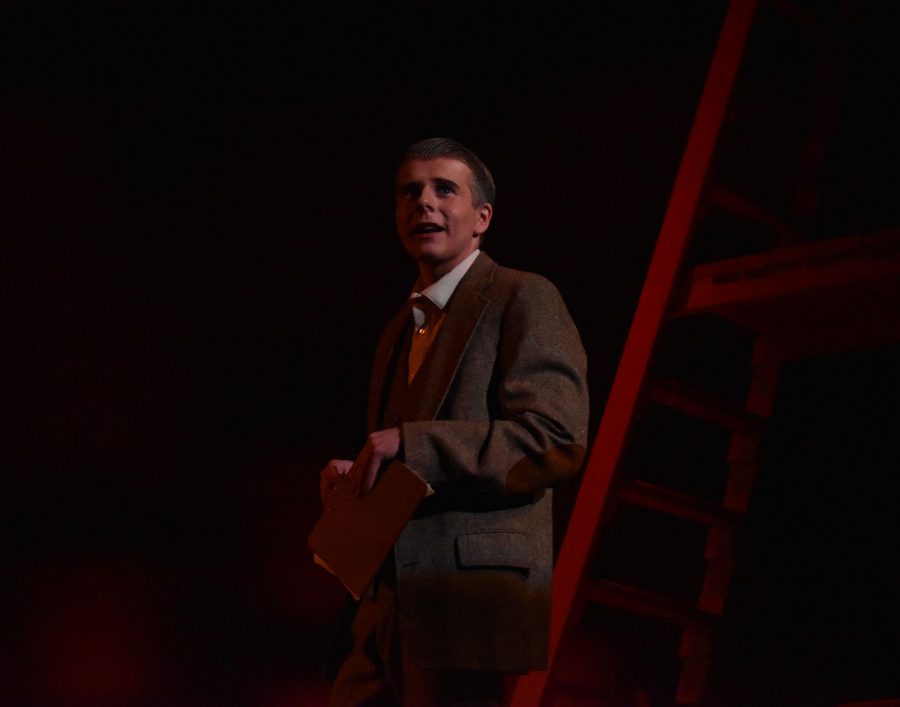 Zach Liebl speaks to the audience

The 2019 OHS fall play is going to be Our Town. The play focuses on the town of Grover’s Corners, NH, and the lives of two families, the Gibbses and the Webbs. The main characters are George, son of the Gibbs family, Emily, daughter of the Webb family and the Stage Manager. Throughout the show, the Stage Manager talks about the town and immerses the audience in the show.

The reason for producing this show was explained by Director Mr. Erik Eitrheim. He said, “Our Town is a classic play for a reason, it has some themes in it that just seem to hit people in a way that no other show really does.” Our Town is a show with a large cast, which also influenced the decision to direct this play. Mr. Eitrheim said, “It is a play that has a lot of roles in it, which I was also very interested in because we could do a great show with six people, but only six people would get a chance to be on stage.” Junior Zach Liebl, who portrays the Stage Manager, also said, “It’s something that has a little bit of humor, it’s fun, it’s light, but it also has that impact that can have a meaning.”

Our Town is being produced at the OHS for the second time since Mr. Eitrheim became the director of the OHS Theatre Department. Since the first production, the OHS Theatre Department has learned a lot, which has had some changes from the first production. Mr. Eitrhiem said, “This production of Our Town, probably like any show gives the students a chance to create their own characters. And I think the first show that we did was very, very bare bones, the first time it was just me and Roger Skophammer, who was the set designer.”

Making a character come to life is an important part of theatre, so how did this cast do that? Senior Whitni Minton, who portrays Emily Webb, said, “I made it into my own thing between a bunch of different aspects of her and bringing my own type of personality and making her into this lovable person that you kind of fall in love with throughout the play.” Liebl also said, “I haven’t watched any performances of it, so whatever I do is purely authentic. I try to figure out what I would do and just change that to have it fit the character, so I keep a little bit of me in the character.”

The show opens on Thursday, Nov. 14. Mr. Eitrheim said, “It’s a beautiful show and you’re going to laugh a little bit, you may cry a little bit, and it’s got everything in it.” Minton also said, “It’s a classic show that has these great morals that I think are just awesome lessons to learn when it comes to life.”