Norrid swims her way to state 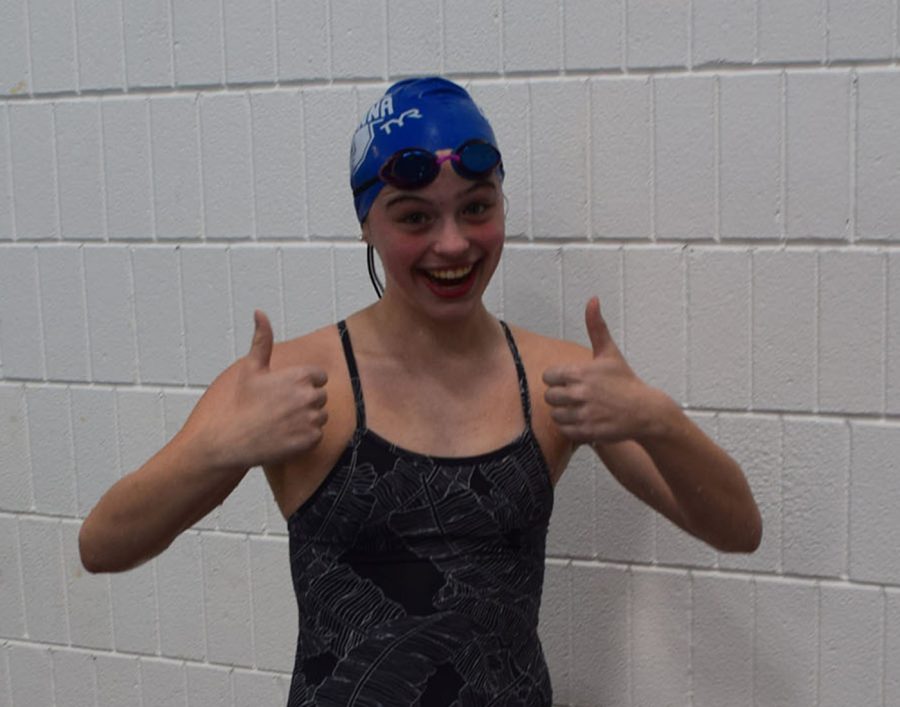 Logan Norrid is currently a freshman at OHS and she is competing in the Minnesota State Girls Swim and Dive tournament for her second year in a row. At state she will be competing in the 100-yard fly and the 200-yard Individual Medley (IM). During this season, she has surpassed her own school record in the 100-yard Butterfly and took first at sections by nearly a full second. Norrid has set an Owatonna record of 2:10.00 in the 200-yard IM and took second at sections last year.

Going to state once is a great feat, but two times before her sophomore year is nearly unprecedented. Coach Isaiah Fuller said, “She has progressed excellently since last year. She has really put in a lot of work in the off-season to improve.” As a veteran swimmer Norrid knows what it likes to be on the big stage. Norrid said, “I’m very excited. I know how state works now since I swam last year. I also know a lot of my friends that I met during the off-season also made it to state.” The MSHSL Girls Swim and Dive Championships will be held on Friday, Nov. 15 – 16 at the Jean K. Freeman Aquatic Center at the University of Minnesota.