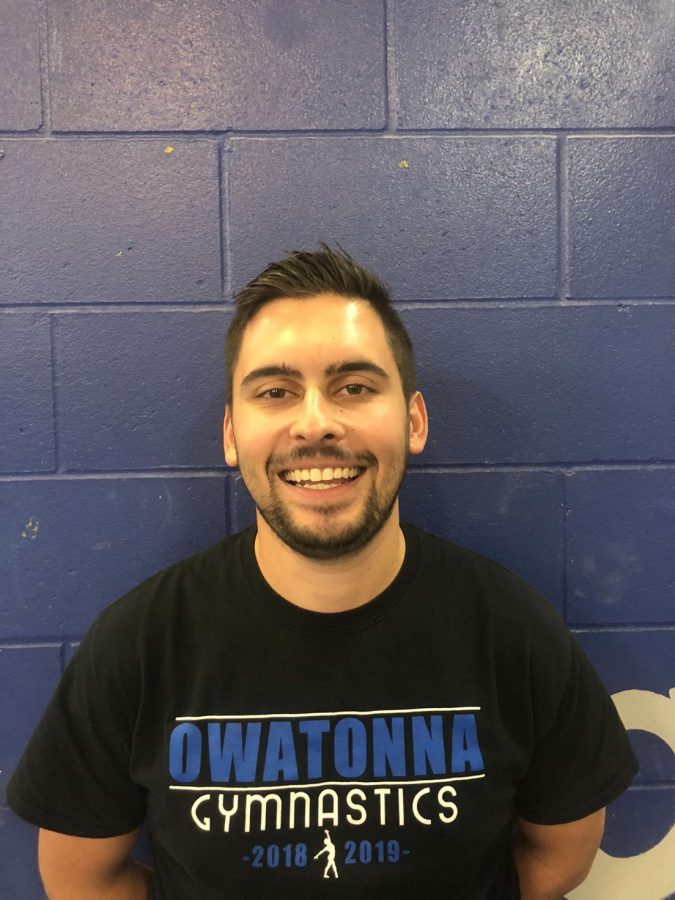 Last May, the Owatonna Gymnastics team announced their new head coach for this year and hopefully many years to come. The team’s new head coach is Evan Moe. Moe will be replacing Tom Smith who held the position for 10 years. Although this is Moe’s first season as head coach, he has been an assistant coach for a number of years now. Throughout the last two years, he was named the Big Nine Conference Assistant Coach of the year while helping lead the team to third-place finishes at the state tournament in the last three years.

Moe is no stranger to gymnastics. He has been an assistant to the team since he was a sophomore at Owatonna High School. Moe said, “I started coaching once or twice a week for about a month or two and took off from there.”

Moe is coming into the season with many good athletes at his side. Although the gymnastics team lost some talent, he is hoping to start the season where they left off last year. The Huskies have won the Section 1-AA championship the last four years, along with third-place finishes at the last three state tournaments. Because of this, the team is stacked with state experience. Moe said, “I know these kids can do great things, and the athletic achievements will come. I really just want to build great young adults.” Although expectations are high, the OHS Gymnastics team is looking forward to a great year and a bright future under Coach Moe.

When Moe is not with the gymnastics team, one will most likely find him in the athletic training room with Terry Carlye, working to get his Exercise Science degree and his Pre-Physical Therapy emphasis at Mankato State University. Moe said, “I wanted more practice in the sports medicine field and specifically with taping, so instead of going to hours of training at a Physical Therapist office, I asked TC if he could help me.” The training with Carlye will pay off greatly for athletes of Owatonna as well as Moe’s degree in Pre-Physical Therapy.