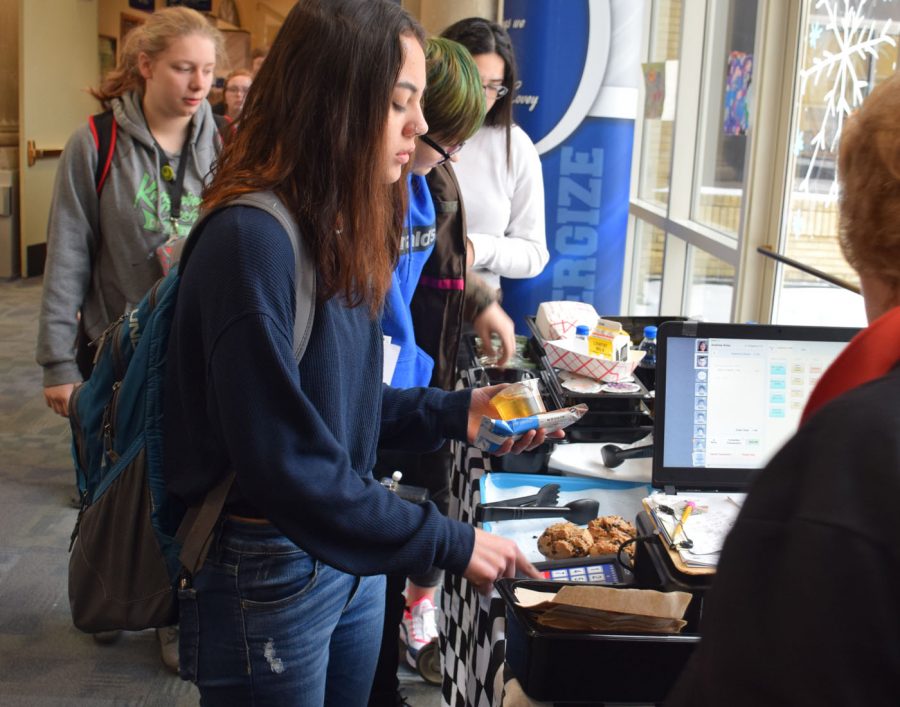 Student getting breakfast at the 2nd chance breakfast line

Many kids get to school late and don’t get the chance to eat breakfast at school. This second chance breakfast gives the kids a chance to get something to eat after the first period and before the second period. With this in mind, the kids who are in the back of the line are always late to their next class.

Sarah Brooks is the Nutrition Service at the Owatonna District. Owatonna has always had the option of having breakfast in the cafeteria. In the fall of 2013, there was a new thing called Grab & Go. This is where students can get breakfast before school. In 2014, the high school got two Grab & Go cart that are placed in the upper commons during the end of the first period and second period. In 2018-2019 school year, the school served 49,745 complete breakfast meals. The average number of meals served per day was 291.

Junior Mckenzie Raab has been eating school breakfast ever since the beginning of her high school years. She normally eats the first chance breakfast, but recently she has been having the second chance breakfast. Raab said, “Breakfast is the most important meal of the day. Without breakfast, you don’t have the energy for the rest of the day.” Because of the many hungry students during the first hours of the school day, breakfast lines are so long.

OHS lunch server  Ms. Kathryn Hallanger has been working breakfasts for four years. The current lines consist of about 100 students which have raised four years ago when there were only about 80 to 85 students in line. The state and the government recognize that the most important meal of the day is breakfast and that it helps the brain and the body wake up to get ready for a hard day’s work.

With the new school being built, there is the goal of trying to get the student through the line faster. Ms. Hallanger said, “This is not a time to hang out with your friends, it is a time to get breakfast and get to class.” If the breakfast line is efficient, then students will be able to enjoy their breakfast while getting to class on time at the same time.

At the elementary school in Owatonna, the students are offered breakfast in their classrooms  Monday through Friday. It’s not free, so students who want to have breakfast will get charged for a meal. Some teachers use this opportunity to take attendance. In some classes, there is a thing called “little helpers”, this is where students can go down and get breakfast to bring back for their class.