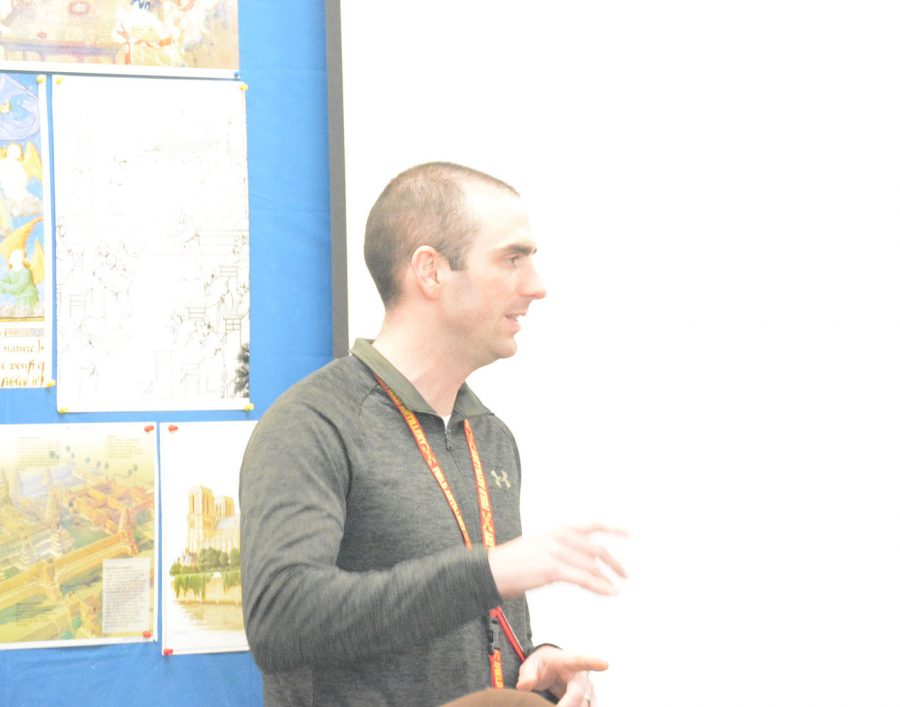 Mr. Jonathan Friday is a teacher in the social studies department at Owatonna High School. While being a teacher at OHS, Mr. Friday is also a part of the Army National Guard. He has been serving in the guard for 11 years in field artillery. In the upcoming months, Mr. Friday will be leaving for an extended training period and will be out of OHS for the rest of the year.

Mr. Friday’s current rank is a Second Lieutenant or 2LT. The Second Lieutenant rank is above enlisted soldiers and warrant officers, but are still subordinate to First Lieutenants and other higher ranked officers. Mr. Friday’s main focus for his training is to become a certified Field Artillery Officer. A Field Artillery Officer’s job is to lead the field artillery branch, who neutralize enemies by cannon, rocket, or missile fire.

Mr. Friday’s training will start at the beginning of February and will last until the end of June, about 18 and a half weeks total. While going out for trainings is nothing new for him, this one will be slightly different. Mr. Friday said, “Every year we have at least one two week-long training, so I’m kind of used to that. This one’s a little longer than normal.” His training will take place at Fort Sill in Oklahoma. Fort Sill was constructed in 1869 and has been used since for basic training and to train artillery soldiers.

The training period will last until beyond the end of the 2019-2020 school year, so Mr. Friday’s classes will be assigned a long term substitute teacher. The classes he is teaching this year are AP World History and Avid 12. Junior Chloe Beede said, “I think he’s a cool guy and a good teacher. I respect him for protecting our country.”

Mr. Friday’s long term sub for his classes will be Ms. Betsy Cole. Ms. Cole is a substitute teacher at OHS and also avidly devotes her time to making costumes for the OHS Theatre department. She will be spending the rest of the school year substituting for Mr. Friday’s classes. Owatonna High School Social Studies and Economics teacher John Weide said, “He teaches an AP World History class, which has almost twice the curriculum as other history classes.”

Not only will Mr. Friday’s absence for training affect his school life, but his home life as well. He has a family of four, his wife and their three daughters. Mr. Friday said, “It’ll be tough, leaving the family.” Mr. Friday was deployed to Basra, Iraq, in March 2009- February 2010. No matter the person, it’s tough for anyone to leave their family for extended periods of time. Over time, it does not get any easier. Mr. Friday said, “Back when I deployed, we didn’t have any kids so that was a little different experience.”

Mr. Friday will be leaving his classes and students in the good hands of a long term sub while he is gone. It will be hard for students and family to say good-bye to him, but OHS can expect to see him starting back again starting the next school year in fall of 2020.