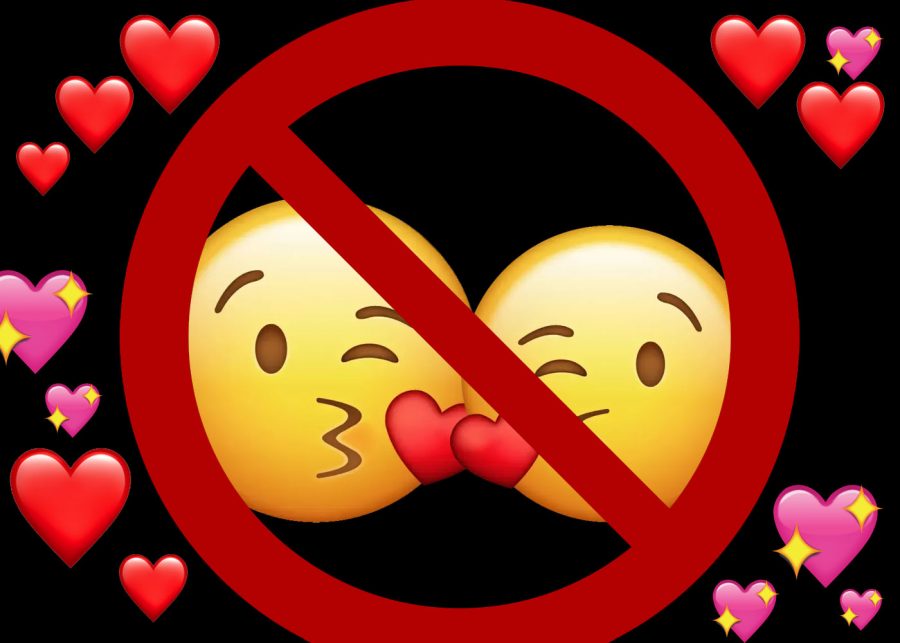 PDA– public displays of affection– in schools is a very touchy subject because there are people who believe it is okay, and there are others who believe affection toward a significant other should stay in private. The definition of PDA is any form of physical contact between couples in a public setting. It includes everything from kissing and cuddling to holding hands or exchanging light touches. PDA has always been a problem; however, within the walls of OHS, people are becoming bolder.

PDA is becoming more acceptable in schools and other public spaces with movies and songs being produced promoting it. Pop culture is making people believe that it is okay within schools. Principal Mr. Kory Kath said, “School is not the appropriate place to be doing that, but it’s been happening for a long time and no one has ever stopped it.” With that being said within the OHS student handbook it says, “SEXUAL CONDUCT; PUBLIC DISPLAYS OF AFFECTION (PDA) – Engaging in displays of affection that are sexual in nature and are inappropriate acts for the school setting are prohibited.” It is still happening within OHS even with that rule being in place, so why is that rule not being enforced? OHS students have said that it makes them uncomfortable, and they don’t want to get between that because it’s awkward. In order to avoid that feeling, a group of students said that they just ignore it to the best of their ability. Mr.Tyler Keller said, “I see PDA outside my classroom quite bit. Most of the time it is near the stairwell or by the opening outside my classroom. Usually, it is students hugging between classes, but there was one time that I had to step in. I just said, “hey, nobody needs to see that” and left it at that.”

Most students and teachers don’t even know there is a rule in our handbook about PDA. Mr.  Kath said, “I am not surprised that there is little knowledge of the rule because it’s not one of the major rules that is enforced here like cell phones.” A large group of OHS students and teachers that are now aware of the PDA rule have all agreed that they will be more likely to step in and stop it.

Various students are bothered by the sight of PDA and believe that it should not be done within the halls of OHS. Junior Joby Werk said, “You can do it before or after school, but I don’t want to see PDA in the halls.” There are some students that don’t want to or like to do it but are forced by their partner. Junior Isaiah Grube said, “I would rather not, but I kinda get forced to do it, I think it should be done in private not at school.” School is a place of learning, getting to see your friends and better yourself for the future. Ms.Lauren Gendron said, “Students who are choosing PDA should asunder. School isn’t the place for it.”

PDA is an ongoing epidemic seen inside the walls of OHS. With the growing knowledge of the rules against PDA, the student body will help stop the unseemly sights in school.