Triple A finalist makes it to state 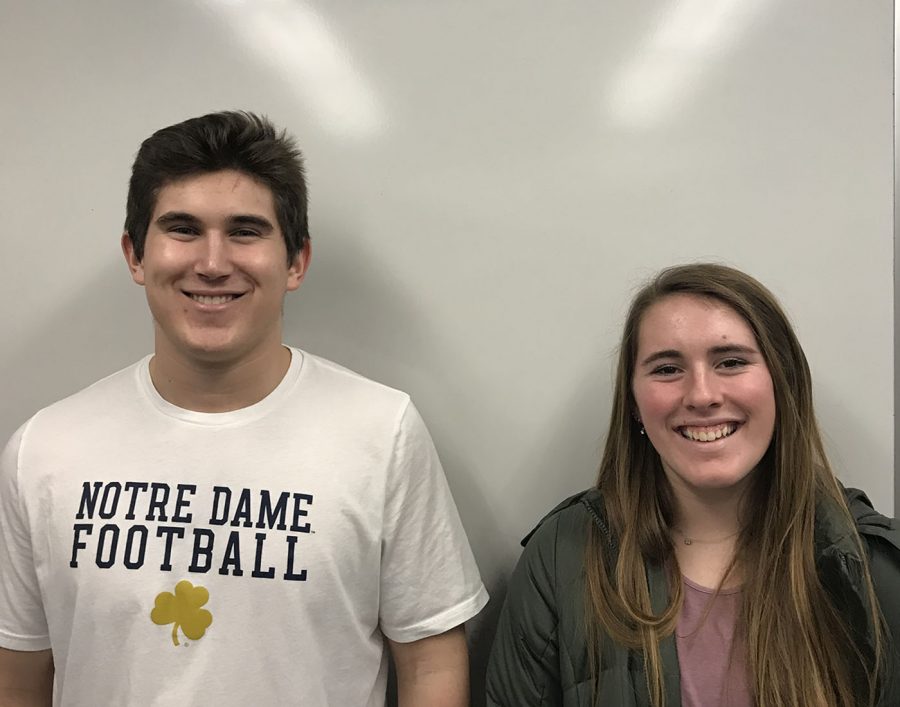 The Owatonna High school’s finalists for the Triple-A award are Kaia Elstad and Carson DeKam .This award is offered through the Minnesota State High School League, both Elstad and Dekam are involved in many extracurricular activities, fine arts and have a 3.0 or higher GPA which qualifies them for this award. They excel in everything they do on the field and in the classroom, they represent what it means to be a student-athlete. Each section can nominate one male and one female for consideration, the nominees are then evaluated for higher levels and the winners will be announced in the spring. Elstad has been selected to go onto state finals, and is one of eight finalists for this award.

Elstad is involved in many extracurricular activities such as NHS, carolers, orchestra, soccer, track and field, prom committee and is a student athletic trainer. Elstad said, “I feel very humbled and grateful to be nominated for this award.” In the activities that she is involved in she has done very well and has been awarded many achievements. Elstad said,  “Stay involved, but more importantly be involved with activities because you love to do them, not for the awards or achievements.” She is planning to study biology and hopes to become a physician’s assistant or chiropractor.

Elstad was a junior athlete of the year finalist, lettered in soccer three times, All-Conference in soccer, track and orchestra, academic All-State in soccer and track. These awards have come from all her hard work and dedication to being a student-athlete.

DeKam was the other nominee for the Owatonna section, he is also involved in many extracurricular activities himself. He is in football, basketball and baseball for sports. DeKam is in band, choir, jazz band and has participated in the solo ensemble competition. He is also in NHS, Big Brother Big Sister and exchange club. Dekam said, “ It’s a great honor, I am very thankful to be recognized for this award.” He was an honorary captain for the Minnesota VIkings for winning the excel award.DeKam is a two-time state champion and has been on the A honor roll all four years of his high school career. He said, “ The awards aren’t the reason I’m involved in these things, it’s to give back to this great community and to be the best person I can be.”

Both Elstad and Dekam are well deserving of this award, and truly exemplify what it takes to be a Triple-A award nominee. On Tuesday, March 21, there is a banquet with the eight finalists to decide who is the state winner.