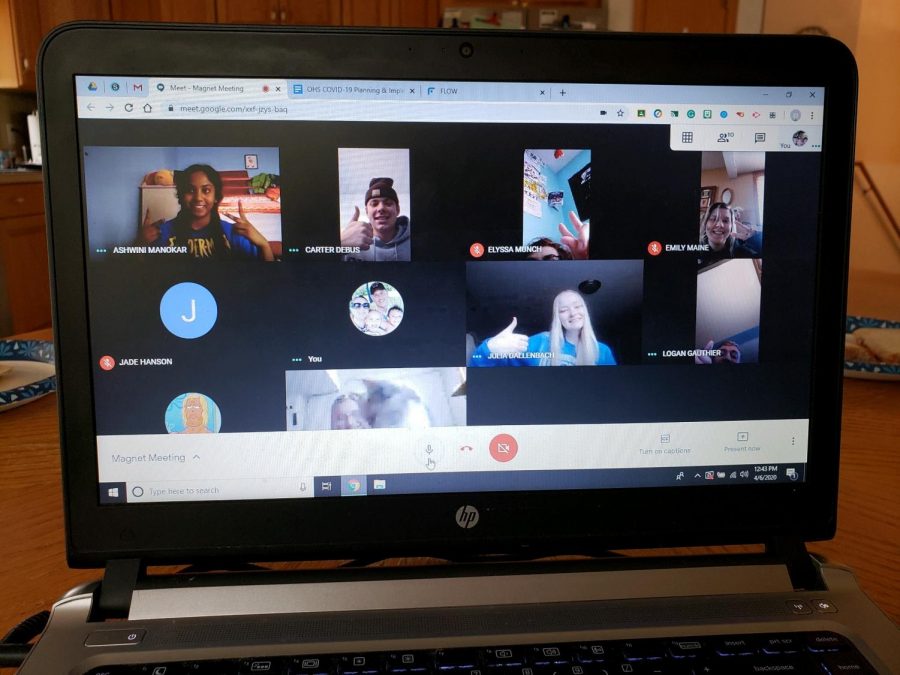 Since the coronavirus outbreak, the nation has been advised to self-quarantine and practice social isolation. However, despite the physical distance, everyone is still tightly connected through the many technology outlets available, including Youtube, Tik Tok and Snapchat. Throughout these quarantined times, one of the applications that has boomed immensely is  Zoom, the video conferencing app that allows up to 100 people to meet for free. Zoom is being used for school classroom lectures, kids reading time, city meetings and even alcohol sobriety meetings. However, with Zoom being such an easy and simple, security and safety issues contribute to use of the app.

According to CNBCTech, Zoom has added more users this year in 2020 than of all 2019 due to the coronavirus, adding about 2.2 million users so far this year. The popularity of Zoom can be attributed to its simplicity of the application, which also is the reason for its many flaws. One of the main problems that has been occurring during this wide use of Zoom, has been “Zoom bombing”, when someone joins a Zoom meeting that was not intended for them. Some of these individuals have hijacked random meetings and have displayed racist and vulgar content. Although the creator of the meeting can kick them out, it was extremely easy for them to just enter in through a different username.

This has been dangerous especially for meetings that involve students. Senior Charity Jackson has been zooming with her friends and has experienced zoom- bombing first hand. She explained, “When a random person joined my zoom meeting with my friends, I felt uncomfy. One minute I was zoomin’ with the boys and the next, a stranger entered my safe space.” The creator of the meeting eventually managed to kick him out, however, it took some time for them to figure those settings out.

With this security issue in mind, the FBI has warned about using caution with Zoom, especially in classroom settings. FBI Boston stated on their website, “The FBI has received multiple reports of conferences being disrupted by pornographic and/or hate images and threatening language.” They advise that precautions be taken while using Zoom, and can be found additionally on their website. Zoom bombing is just one of the many security problems that this application has. TechRepublic stated, “User email addresses and photos have leaked, calls aren’t being end-to-end encrypted, and flaws found in the Zoom installer allow an attacker to gain root access to computers that run a malicious version of it.” Because of these many issues, many groups have enforced their ban of the use of Zoom. Companies including Google, SpaceX and Smart Communication have removed the use of Zoom. The Zoom ban also reaches government agencies including the U.S Senate and NASA, along with many schools across the country.

At OHS, many classes are holding seminars through video conferences online as well. Since the district does use the google platform, most teachers are using google meet as a platform, however, some are still using zoom. Using google is a safer alternative as it limits the connection to other applications to school emails. OHS Principal Mr. Kory Kath said, “ Our statement to teachers is to use caution in the format that you are using so you are not sharing student information that is protected.  We do not want images of students to be shared for public use, grades, personal information or household information. If we follow these measures, then students should be protected.”

There are other alternatives to Zoom including: Google Meet, Google Duo, Skype, Microsoft Team and Facetime. It is important, especially during these times when there is a higher use of the web, to remain safe digitally. Be sure to check safety terms and conditions on all applications, and to be careful when using new applications.