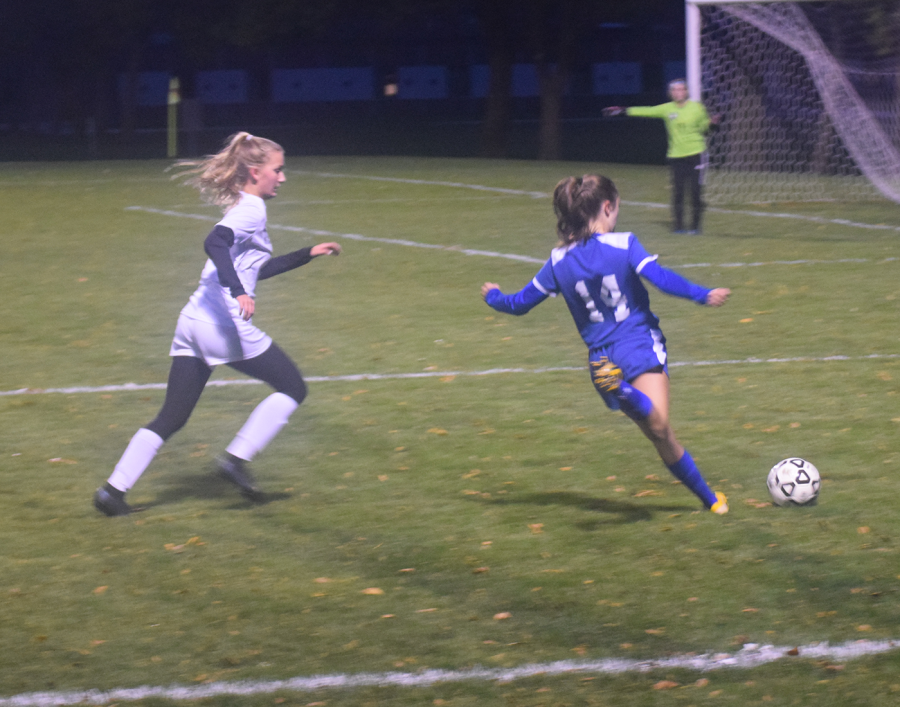 As the regular season is wrapping up, the Owatonna Girls Soccer team is in third place in their conference with a record of 7-2-1. The Huskies will start sections this week.

The Huskies unfortunately have had a shortened season due to COVID-19. They also have had to follow some regulations along the way. Senior captain Emma Dahnert said, “The ultimate goal is to make it to the section finals, that is as far as we can go.”  The Huskies are working well as a team this season, when one person goes down the next steps up.  Head coach Nate Gendron said, “Our team has definitely had some ups and downs, but we now have momentum and hope to carry that into the postseason.

The Huskies are also extremely talented as they have some sophomores on the varsity team who are really making an impact and surprising the coaching staff, along with some juniors who at the beginning of the season had to fight for the last remaining spots available on the roster. With 18 people on the varsity roster it proves just how much depth they have. They have two sophomores, eight juniors, and eight seniors. The Huskies have only lost to two teams, those being Mankato East and Rochester Century.