Rings around the commons… 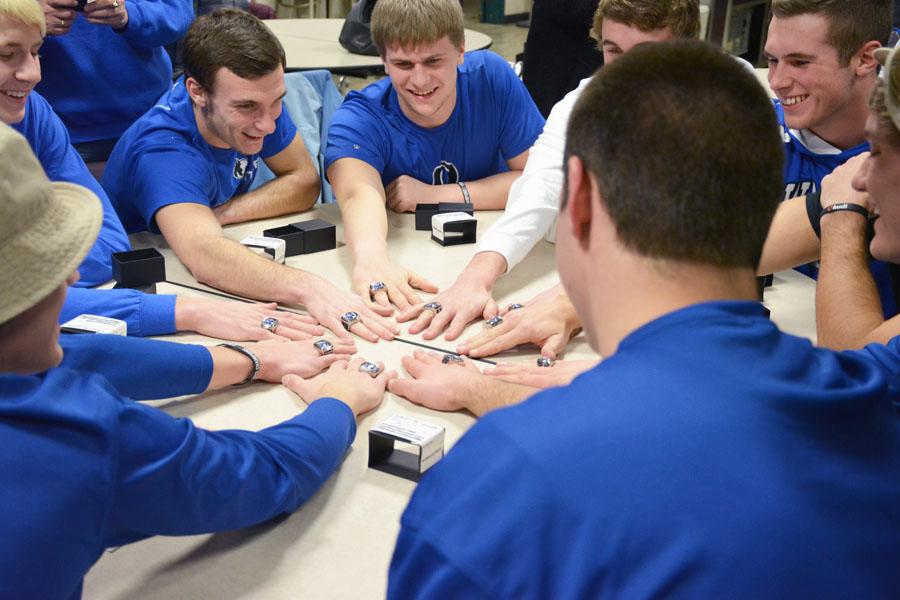 A group of seniors show off their rings 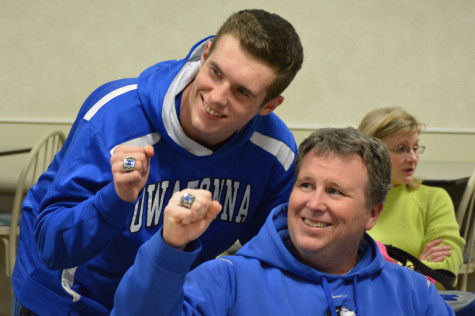 Luke Wanous and Doug Wanous with their rings

It looked a little bit like Christmas in the lower commons on Thursday night. There were boxes, wrappers, shiny presents and a lot of smiling faces. The Owatonna football team recieved their Class AAAAA State Championship rings. As Coach Jeff Williams said, “Grab some cake and…go for it,” the team tore into the little white boxes sitting in front of them. As the wrapping came off, silver rings with blue stones came out and found their way onto fingers. The team proceeded to eat cake, drink punch and relive their season. Pictures followed, the guys constantly admiring their rings. And with those rings, the Class AAAAA State Championship has concluded. Congratulations, once again, to the Owatonna football team!! 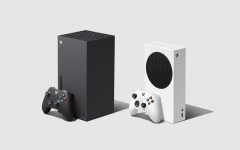 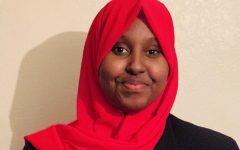 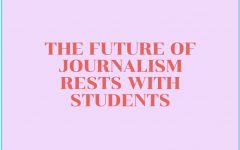 What it means to be a student journalist 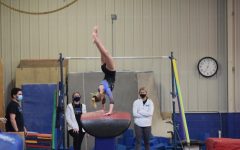 Flipping through the season 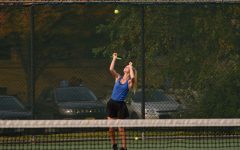 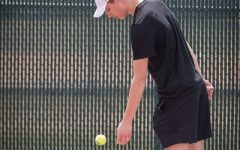 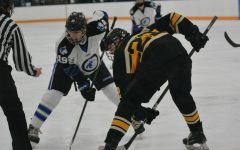 Skating into the season