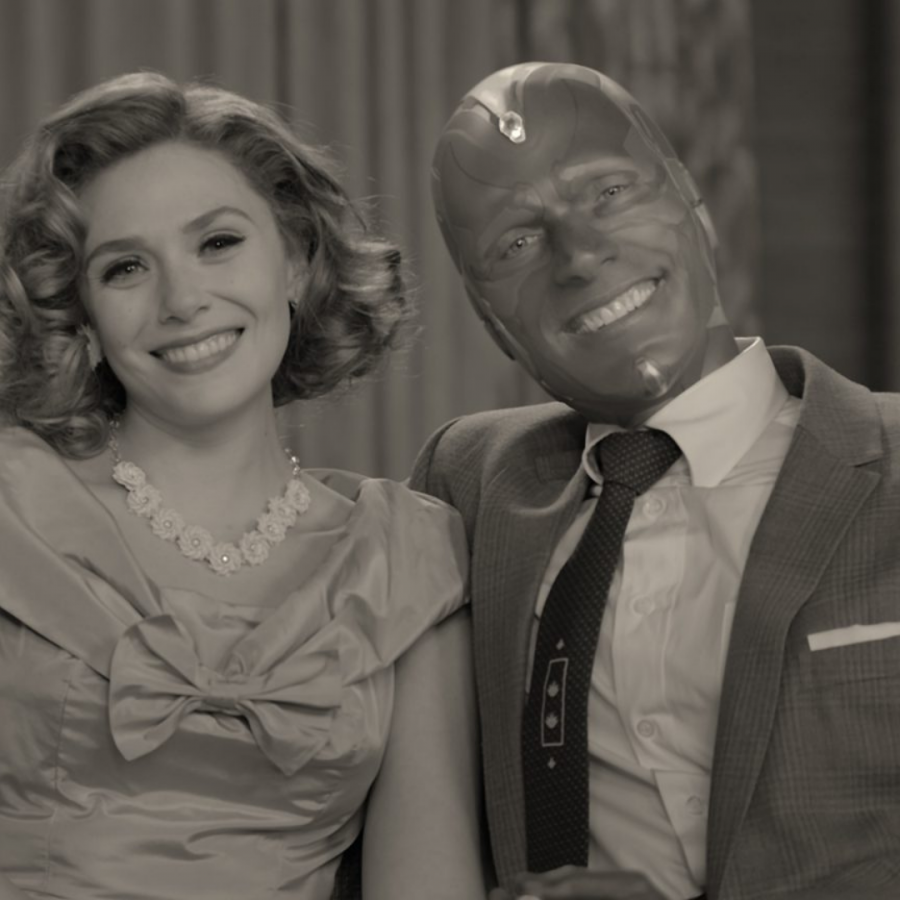 Disney Plus’s new show – and Marvel’s first TV show – WandaVision is like nothing Marvel has ever done with it’s superheroes before. Superheroes Wanda and Vision live in the suburbs of a town called Westview. At the beginning, the show appears in black and white, which gives off the impression that it takes place in a time period such as the 1950’s or 1960’s. The show gives off the feeling that there is more going on than what is being shown. Wanda and Vision seem to be living the perfect life that they have always wanted, until they realize things might not be what they seem.

WandaVision is an intriguing show that leaves viewers with more questions than answers – so far. The show is fantastic and demands the attention of the viewers. WandaVision does things never before seen in a superhero movie or show. During each episode there are special commercials that add to the feeling that there is something strange going on and may play a bigger role once more of the plot is revealed. The black and white color makes viewers feel like they have gone back in time. Junior Dylan Meiners said, “It makes the show stand out a lot from other Marvel works.” WandaVision has found a way to make the old black and white features stand out.

Each episode offers a completely different experience. One episode may focus on Wanda and Vision as a couple, but the next may try to make the audience laugh. Sophomore David Smith said, “It is a totally new take on Marvel properties and is very unique.” It’s those new properties that make this show so different from any other show.

WandaVision will forever change the way superhero movies and TV shows are filmed. This show gives Marvel and Disney Plus a whole new way to build on their superhero universe. New episodes come out every Friday, although the first four episodes are out now only on Disney Plus.