Skating Past The Competition 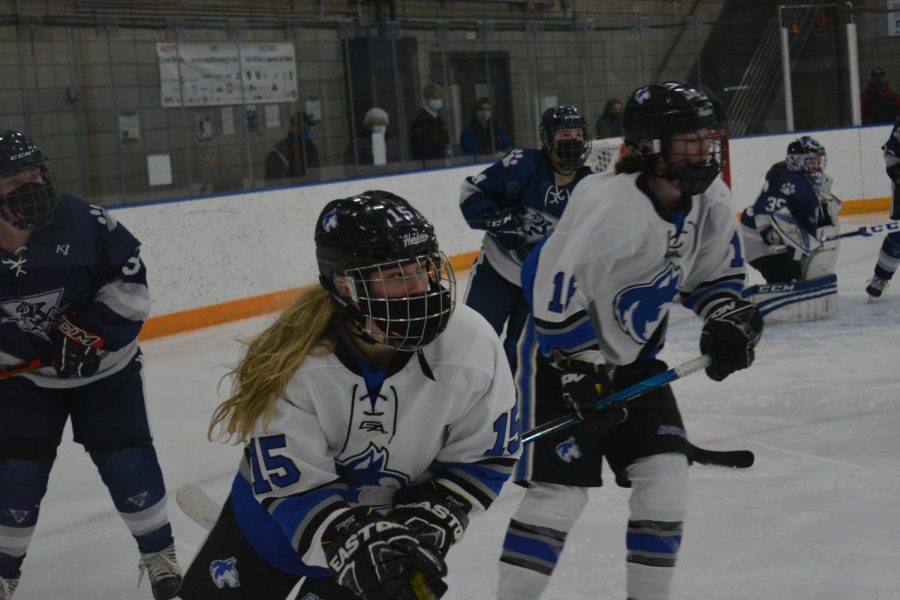 Olivia Herzog looking down the rink

The Huskies are one of the most experienced teams in the conference and expected to start strong. They are returning almost all of their roster from last year and this has helped lead to their hot start. The Huskies are not only experienced but talented. They have two college athletic signees: Grace Wolfe and Sydney Hunst who are also captains. Grace Wolfe signed to St. Cloud State University, a division one hockey program. Wolfe is the second Owatonna Girls Hockey player in the last 20 years to sign to a Division I program. Sydney Hunst is going to the College of St. Benedict, which is Division three and plays in the MIAC.

The Huskies were conference champions in the 2019-2020 season but lost to Northfield in the section. This has led to a lot of expectations and determination to defend their championship and win sections. Head Coach Tony Cloud said, “The girls are hungry for more of the success that we had last season and have some unfinished business when it comes time for section playoffs.”

With the season starting and playing through a pandemic this season has been a lot different. There have been masks built into the player helmets and the time in the locker room has been cut down. Senior captain Sydney Hunst said, “It’s especially tough because we’re a tight-knit group and we are used to being able to spend a lot of time together at the rink.”

The Huskies look to continue the hot streak in their next game against Albert Lea on Tuesday, Feb. 16.