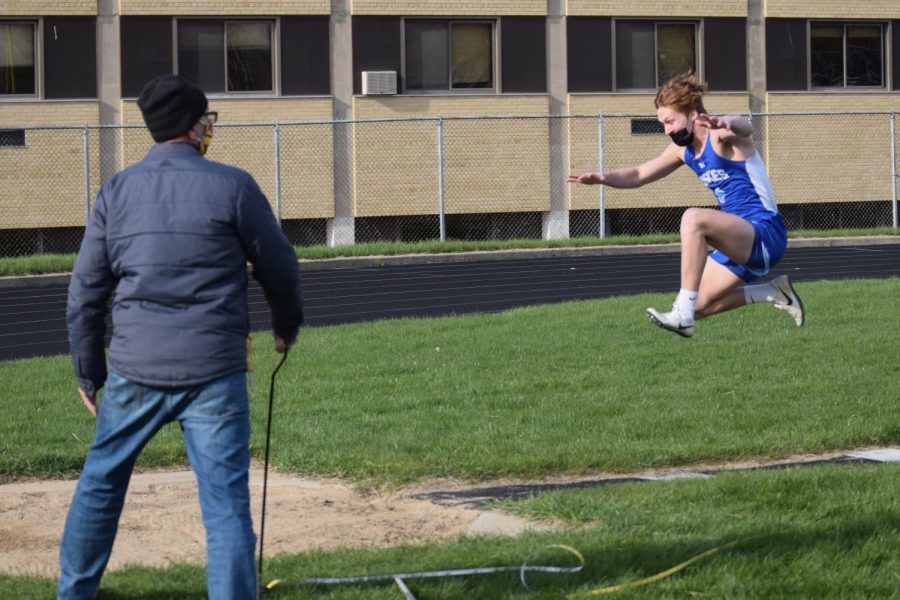 As spring sports get underway, athletes and coaches alike have had to figure out how to deal with wearing masks while competing outdoors. Some winter athletes are used to wearing masks while competing, but those who did not play a winter sport have had to make an adjustment. That is now changing as the Minnesota Department of Health updated their guidance to the MSHSL, and are now allowing active participants to remove masks.

On April 15, the MSHSL board unanimously approved a statement from its eight member Sports Medicine Advisory Committee, which asked the MN Department of Health to adjust mask requirements, allowing masks to be removed when student-athletes are in outdoor competition, according to a tweet from MSHSL media specialist Mr. John Millea. That request was approved by the Minnesota Department of Health on April 22.

The updated guidelines still require masks for coaches, officials and spectators, as well as any athlete not actively participating in a game or event. The guidelines allow the removal of masks at all outdoor practices and games, but still require them for any event held indoors.

Early in the season athletes and coaches were both affected by the guidelines that required masks. Tennis captain Maclean Pilcher said, “Singles players do not have to wear a mask, but doubles players do. I think breathing or respiration would be a little bit hard [if I had to wear one].” Coaches can also bring a fresh perspective. Head girls track and field coach Ms. Ann Christensen said, “I think that the girls are pretty much used to it now. You know most of the people in track are in other sports, and so they’re kind of used to it and just the day to day life of what we’re living we’re starting to get used to them.”

For more information on COVID-19 guidelines for athletes and fans, visit either the MSHSL or Big9 websites.