Adele comes out with new album after six years 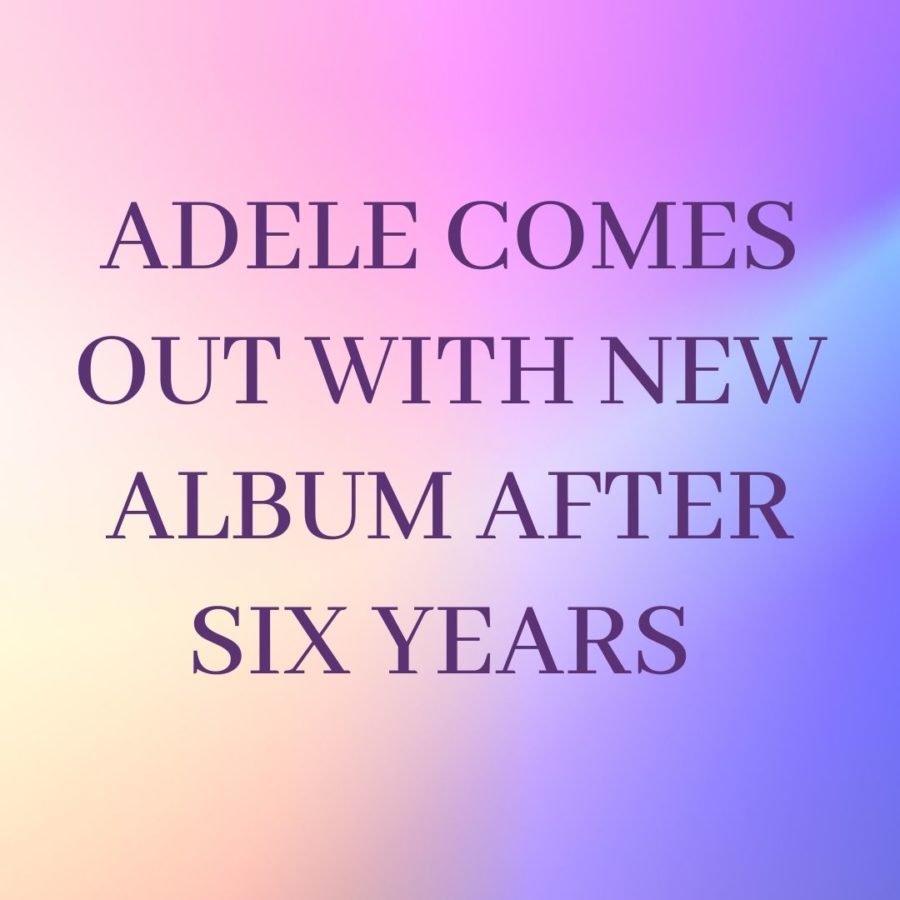 Fans are excited about Adele's new album that came out on Nov. 19

On Friday, Nov. 19 Adele came out with her new album 30. Everyone has been awaiting this album for years and the day finally came where she released it. It is a very publicized album and for good reasons. This fall she had teased the release of it by releasing her single “Easy On Me” from the album. “Easy On Me” had over 24 million streams, just on the day of its release. Adele has had lots of pressure on her to make this album even better than her previous albums. She has definitely lived up to her previous albums and out did herself. Fans can speak on the fact that the album was well worth the wait.

This album is a bit different from her other albums with more vocals and meaning behind her lyrics. Senior Hunter Johnson said, ”My favorite song is ‘Woman Like Me’, this song had an amazing instrumental to help focus on the very dramatic and straightforward topic of her breakup. Giving us more insight and details about her personal life.” Adele has become more vulnerable with her fans and it really shows in her new album. The lyrics and the meanings behind them are just breathtaking. The songs are relatable and heart felt on many different levels.

After listening to the album, the listener can tell she has put a lot of emotion into it. Sophomore Cooper Ackman said,  “I have been waiting years for her album to come out, Adele is my favorite artist.” Adele has poured out so much hard work for this album, waiting six years was understandable. Relating to the lyrics was easy and fans could tell it was very personal. They are classic pieces of music and something people could definitely listen to a lot without finding it boring or redundant.

The album is beyond amazing, we have seen Adele grow as an artist and as a person with this album. Words cannot describe how lovely this album is. Adele releases albums every couple of years, so we may not know she will release her next album. Junior Makenna Hovey said, “I would definitely recommend Adele’s new album to anyone, it is really good and worth a listen.” Her new album is something everyone should listen to. 30 can be found on Apple Music, Spotify, Tidal, Qobuz and Amazon Music.