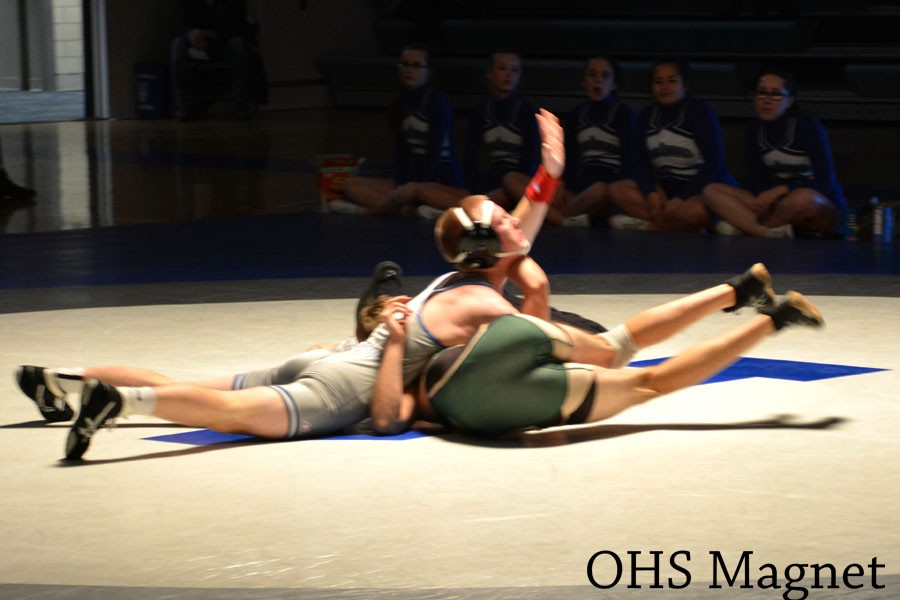 The Owatonna wrestling team went to Rochester Sat. Feb. 14. They dueled Farmington in the semi-finals match in the sections tournament. The match did not come out in the Huskies favor, 34-30 final. The dual came down to the last couple matches. The Huskies ended the season with an overall record of 15-8, even though their schedule was filled with tough opponents. “I’m happy with the way our team improved throughout the season,” Head Coach Casteel had to say about the Huskies season overall.

The season is not quite over yet though. On Fri. Feb. 20 and Sat. Feb. 21 six OHS wrestlers qualified as individuals for the state tournament. We wish Justin Tacheny, Tanner Cole, Peyton Robb, Brandon Moen, Alex Green, and Austin Abbas luck at the Minnesota State  Wrestling Tournament held at  Xcel Energy Center on Feb. 26 to Feb. 28.