Boys soccer: so close to state 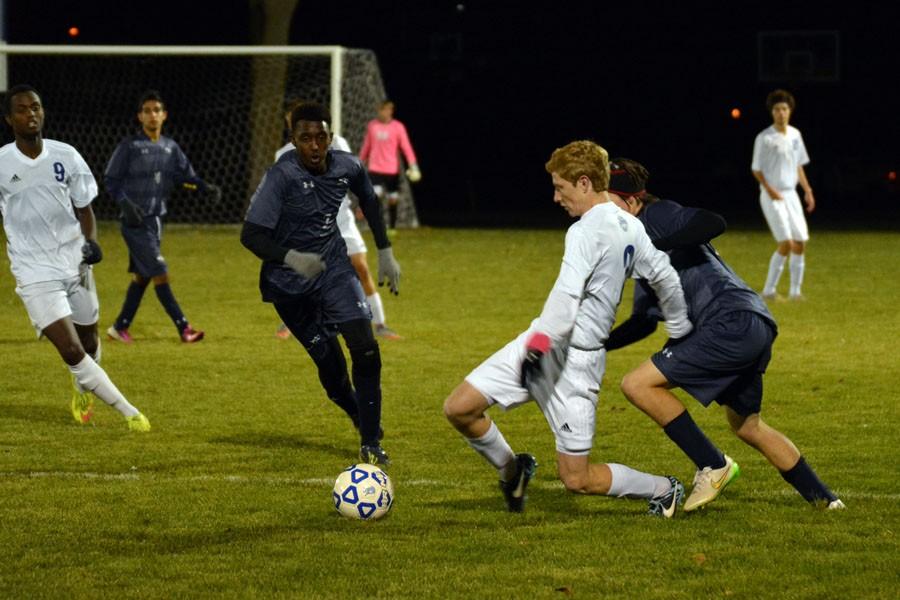 The Owatonna Boys Soccer team’s season came to a tragic end on Wednesday, Oct. 21, with a shocking 2-1 loss in the section championship to Rochester Mayo. Heading into overtime, the score was tied 1-1, and the chance of state was only one goal away. With 5:47 left in overtime, Rochester Mayo broke the sideline with a deep pass to their forwards and got a shot on net, ending the boys season. Junior goalie Aidan Buryska and the defense had shut down the Spartans offense all night, holding them to one goal throughout the first 80 minutes. The hope of state was so close. Buryska said, “I think everyone’s goal going into sections was to win the title and go to state. I know it was especially hard for the seniors because of how close we came to going to state.”

The sad ending to a shot at state wasn’t something for the boys to hang their head on. Buryska said, “I think, looking back on it, we accomplished great things this year. It just didn’t end the way we had hoped.” The boys finished the year with a combined regular and postseason record playoff 13-3-2. They had a similar run last season, making it to the section championship game.  Coach Bob Waypa said, “I thought that our captains did a great job of leading the team all year.” With a tremendous season in the books, it will be even harder to say goodbye to the bright lights of the Lincoln Soccer Complex. Senior Mark Hanson said, “The thing I will miss the most about playing for Owatonna was playing under the lights with my best buds with the whole community cheering us on throughout the season. The endless support they showed is something I will never forget.”

With the season close, Owatonna looks to return to the same spotlight next year and continue their winning tradition. Buryska said, “Next year, I think that we not only want to go to state, but win a game or two at state, which hasn’t been done here at Owatonna ever.”  For the returning varsity players, the expectations for next year are even higher.