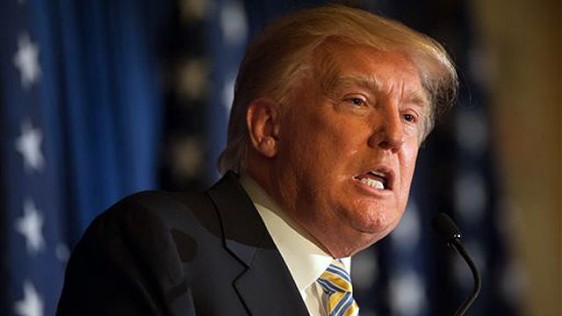 Syrian Refugee Crisis: According to MSNBC, Trump plans to implement a database tracking Muslims in the United States, claiming it is needed to identify who is in the country illegally. When asked how this compared to Nazi Germany’s requirement that Jewish people register with the government, Trump responded, “You tell me.” If elected president, he plans to force all Syrians currently entering the country to leave the US, cautioning that any of them could be a terrorist in disguise, according to the Washington Post.

Education: According to Huffington Post, Trump wants to completely cut the Department of Education, stating, “But I may cut Department of Education. I believe Common Core is a very bad thing. I believe that we should be — you know, educating our children from Iowa, from New Hampshire, from South Carolina, from California, from New York. I think that it should be local education.”

Gun Control: On his official political website, Trump stated, “The Second Amendment to our Constitution is clear. The right of the people to keep and bear arms shall not be infringed upon. Period.” On allowing people to carry military-style weapons, he said, “Law-abiding people should be allowed to own the firearm of their choice. The government has no business dictating what types of firearms good, honest people are allowed to own.”