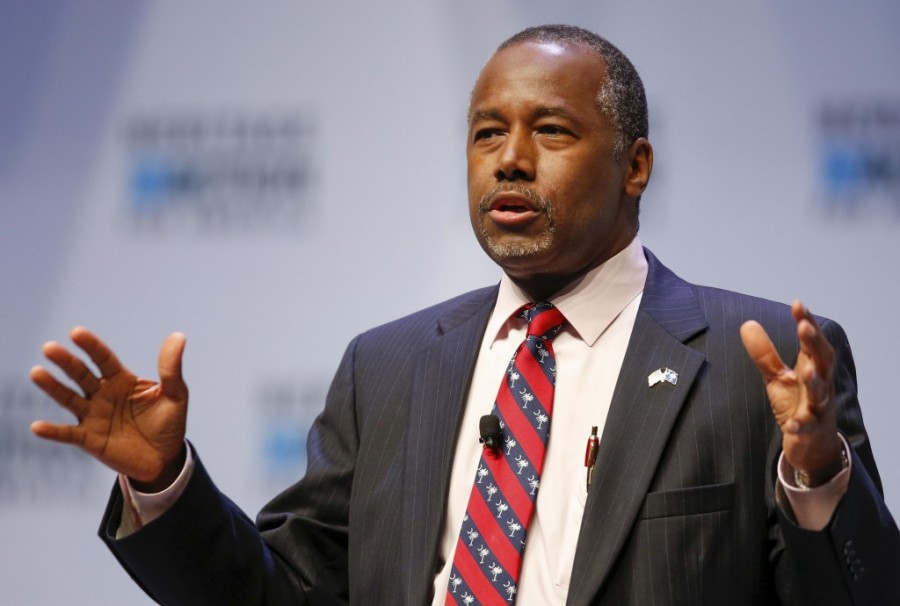 Syrian Refugee Crisis: When asked about terrorism and Syrians, Carson said, according to msnbc, “We must balance safety against just being a humanitarian. For instance, you know, if there’s a rabid dog running around your neighborhood, you’re probably not gonna assume something good about that dog. And you’re probably gonna put your children out of the way. Doesn’t mean that you hate all dogs, by any stretch of the imagination.”

Education: Carson believes in a local educational system, stating on his website, “For primary and secondary education, the bedrock concept that has always guided us has been ‘local control.’ Communities fund and manage public schools for the benefit of families and children in their neighborhoods.”

Gun Control: On allowing citizens to carry guns, Carson said, according to the Huffington Post, that the “likelihood of Hitler being able to accomplish his goals would have been greatly diminished if the people had been armed.”