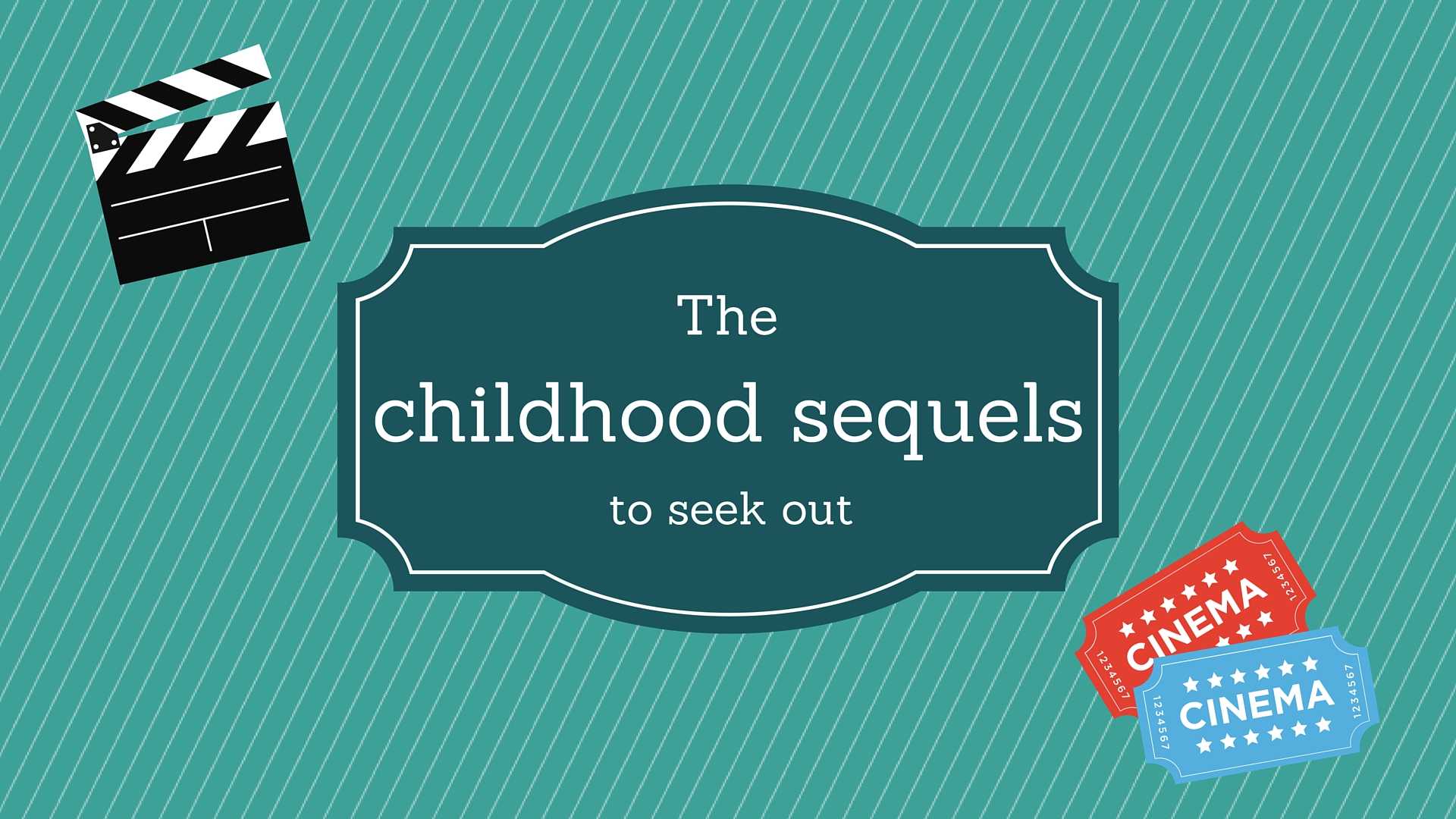 The childhood sequels to seek out

After a long wait, some of the classic Disney-Pixar films that everyone grew up watching are making a comeback. Talk has been floating around that sequels to The Incredibles, Toy Story, Finding Nemo and Cars are being made. Disney has not yet confirmed some of these rumours, leaving people waiting in anticipation for final release dates, but the wait is soon coming to an end as Disney confirmed some of the upcoming sequels to everyone’s favorite animated movies.

Rumors have been floating around about a second Finding Nemo film, titled Finding Dory, since the day Ellen Degeneres announced it on her talk show, but was only recently confirmed. The film is a continuation from its first film in which two fish named Marlin and Nemo (both voiced by Albert Brooks) are reunited after Nemo got taken away by fishnappers. In the first movie, Marlin, after meeting a fish named Dory, has to venture out into the deep oceans to get him back. In the end, both father and son are back together and happier than ever. But now it is Dory’s turn to go on her own adventure. Dory (voiced by Ellen Degeneres) as in the previous film, is very forgetful and soon wants to find out who her parents are. Dory, with the help of Marlin and Nemo, embarks on a mission to do just that, learning a few things on the way. The film is said to be released in theatres June 17 of this year.

The acorn must be captured! The adventure is not yet done for Sid (Voiced by John Leguizamo), Manny (Voiced by Ray Romano) and Diego (Voiced by Denis Leary) as the adventure continues after their first film, Ice Age and their previous film, Ice Age: Continental Drift. After Manny, Diego and Sid get separated from Manny’s family, they have to find their way back while having some trouble on the way. But, of course, it all works in the end as they all make it back in one piece and move on with their lives together. The common character in the previous Ice Age films was Scrat (Voiced by Chris Wedge) as he strived to finally get the beloved acorn but was never able to quite get it in the end. It was his quest to get the acorn that made things worse, leading up to the next Ice Age film, called Ice Age: Collision Course. The film begins with Scrat, once again trying to get the acorn, but on that chase, he gets catapulted outside of Earth, where his shenanigans cause problems, both transforming and threatening the planet. In order to save the earth that Diego, Sid, Manny and his family live on, they must leave their home and set off on an quest to find him. The audience can expect a hilarious and fun filled ride as they all take a journey together, seeing new places and meeting new people, as well as coming across enemies on the way to save the earth from destruction. The film is said to hit theatres on July 22 of this year.

Let’s race! After two hits in the theaters, Cars and Cars 2, , Pixar is still going strong with the Cars saga. Lightning McQueen (Voiced by Owen Wilson) and the rest of the gang are coming back in Cars 3. After the action packed spy/racing concept taken in Cars 2, Mater (Voiced by Larry the Cable guy) and McQueen return home to Radiator Springs. The third installment in Cars 3 will not only be centered around the famous Route 66, but also Route 99, which is the road that runs straight through Central California. After McQueen finds Mater frozen, he sets out to find what he needs to help him. With McQueen on another adventure, who knows what will happen. Since the announcement was recent, the information on the film is very limited. The film is said to be released in theatres June 16, 2017.

The toys are back and at it again. In Toy Story 3, after the audience has the devastating realization that Andy (Voiced by John Morris) has grown up and has decided to go to college, they wonder what will happen to his once beloved toys. A mix-up occurs when Andy puts his toys inside a box meant to be put in the attic but is mistaken by his mother as a box of things Andy doesn’t want. The toys are then taken to a daycare and end up having to find their way back to Andy, but after finding him, Andy knew he has to let the toys go and decides to give them away to a little girl named Bonnie (Voiced by Emily Hahn) to be put to good use. After that heartbreaking ending, Disney has finally announced the next installment to the classic Toy Story series, called Toy Story 4. The film continues in Toy Story 4 with the iconic partners Woody (Voiced by Tom Hanks) and Buzz Lightyear (Voiced by Tim Allen) as they team up and take the audience on an adventure in finding the one toy that was given away, Little Bo Peep (Voiced by Annie Potts). Woody has a special admiration for her, and now he is set on finding her so he can bring her back to the toy family that she was once apart of and will be forever. The film is said to be released in theatres June 15, 2018.

The family that fights together stays together. The next installment of The Incredibles, Incredibles two has been long awaited by fans of the first film. The anticipation all started when the last film ended abruptly, leaving the audience to assume that there will be a sequel. But when it never came out, fans voiced their opinions and said that there should be one, and it was not until a year later when Pixar announced the sequel. Plot-rumors then began growing in anticipation for the next installment once Pixar revealed its future release. After Mr.Incredible (voiced by Craig T. Nelson) and his family defeats Syndrome from trying to destroy the family and Metroville in the previous film, they give up on trying to be normal people and embrace their superhero side. While the next installment will still include Mr. Incredible, his wife Elastigirl (voiced by Holly Hunter), as well as their children Violet (voiced by Sarah Vowell), Dash (voiced by Spencer Fox) and Jack Jack (voiced by Eli Fucile), Pixar is not afraid to put a twist on the sequel to come, it having to do with Mr. and Mrs. Incredible’s son Jack Jack. The film will still give the first film justice as both grown-up Violet and Dash follow in their parents superhero footsteps, but the same does not go for their younger brother Jack Jack. A new villain will be revealed and conflicts will begin to heat up between members of the family. The truth about Jack Jack will be revealed once the film releases in theatres June 21, 2019.

The Chronicles of Narnia: The silver chair

Adventure lies behind the wardrobe. After the great success that the Chronicles of Narnia had in the movie industry, Disney had to make more. After the Chronicles of Narnia: The Voyage of the Dawn Treader, the producers waited five years before announcing the next chapter to the Chronicles of Narnia, called The Silver Chair. This next film is the fourth installment of the series and is the continuation of The Chronicles of Narnia: The voyage of the Dawn Treader as Lucy (Georgie Henley), Edmund (Skandar Keynes) and Eustace (Will Poulter) return back home leaving Narnia behind, forever. But little did they know that this would not be their last journey. The next film is said to be centered around Edmund, Jill Pole and Puddleglum going on an adventure, back into the wardrobe to the land north of Narnia in order to save King Caspian’s stolen son, named Rilian. Jill Pole is the daughter of Eve who helped find Prince Rilian, the son of Caspian X of Narnia, and Puddleglum was a marsh-wiggle (a humanoid creature) who lived near the river Shribble in the Marshlands. The film will also include the well-known and fan favorite character, the Lion King named Aslan (voiced by Liam Neeson) as he takes the audience on this new adventure. The film does not have a lot of information released to the public yet because it has just been announced and consequently, no release date has been revealed.

Some of our generation’s classics are not completely gone, and their sequels are going to be better than ever. Disney is bringing both new and old films onto the movie screens with hopes that people are just as excited as they are to bring them back. So, mark down these movie releases on a calendar, because these are the films no one should miss out on.