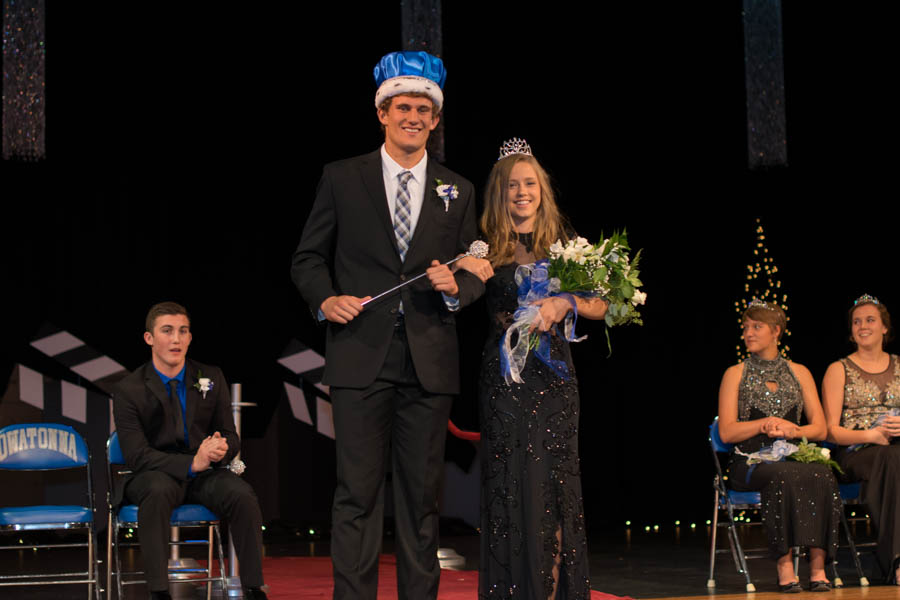 Homecoming is always a great time of the year at OHS. To start off the week, there is the coronation ceremony where students get to see their King and Queen selected. During this week, there are also great dress up days, a powder puff game, the parade, the football game and the dance to finish off the Homecoming week.

There are 12 candidates for Homecoming Court. Seniors of Owatonna High School vote and determine which of the 12 will make top 5. From that five, it is determined which two individuals will be Homecoming King and Queen. On Monday Sept. 26, OHS got to get to know the candidates a lot better at coronation.

This year, coronation day started off great. The dressed up candidates met before the ceremony, anxious to hear whether their name would be called or not. Starting at 7:30, the crowd was full of energy to see the candidates. Seniors Logan Ringhofer and Tori Urch, the hosts of the night, introduced all the members of the top 12 candidates. Their announcement was followed by applause. Soon after, some fall sports were covered by their captains. Junior Sophie Admundson represented the girls varsity soccer team, Senior Ashley Beckman spoke about the girls swim and dive team, seniors Ben Staska and Nathan Deason recapped on their varsity football season and Braydon Kubat spoke about the varsity boys cross country team.

Next, Jeff Williams, the head football coach, addressed the auditorium with a heart warming speech about Homecoming. He started off by saying that Homecoming is easily his favorite time of the school year, for many reasons. One reason mentioned was the students that are chosen as candidates for Homecoming royalty. The candidates are always very well rounded students that do well in school and are genuinely nice to everyone. He is very proud of our OHS student body and its ability to understand what it means to be a good person. The fact that the student body is able to honor and value the candidates for their positive attributes is also something Williams is proud of. To end his heartwarming speech, Williams closed by saying, “It’s fun to teach commitment to excellence. Everybody’s about commitment to excellence. But what about the lessons after a difficult setback? Because I think the adults in the room understand that life only gets harder from there. It really is never as good as it is right now for a high school kid. There is so much that we’re all gonna have to soldier through as adults.”

After Williams’ great speech, past homecoming royalty Abby Bendorf and Dexter Leer gave advice to the candidates and talk about how things change and stay the same after senior year. Both had great stories and a great message to share with the candidates.

Junior royalty Layla and Brian brought out the crowns to the other representative of the other varsity fall sports (senior Lexi Langland from volleyball, Daniel Keller from boys soccer, Katie Seglar from girls tennis and Sydney Bartz from girls cross country). They placed the crown first on Ethan DeKam’s head, and then the next crown was placed on the head of Katie Belina. There was tons of applause as both stood at the front of the stage smiling to finish the great ceremony. 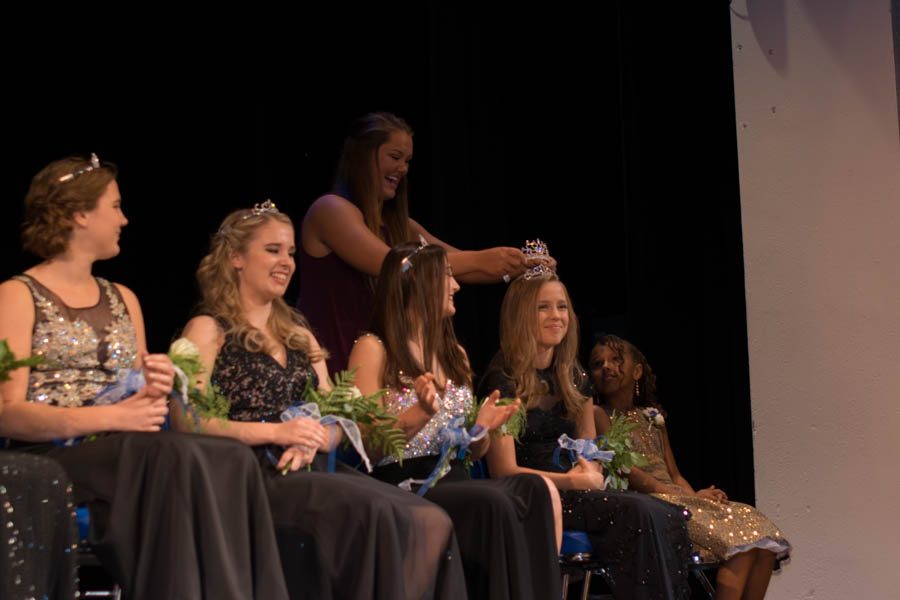 What extra-curriculars are you involved in?

“Katie has been on the OHS Swim team for six years. She has lettered five years and is currently a team captain. She is a member of the National Honor Society and involved in DECA. Katie is in her second year as being a Wyldlife leader and enjoys being a positive role model for junior high students. She is also involved in Young Life and has gained life changing experiences.”

“Katie’s future plans are to attend the University of Minnesota Duluth.”

What is the first thing you would you do as a real ruling queen?

Did you enjoy process from top 12 to top 5 to queen?

“Yes. I just enjoyed it. It was an honor being in top 12 especially in with the group I was with. It was just fun being with everyone. It is an honor to be chosen by my peers.”

What is the first thing you would do as a real ruling queen? 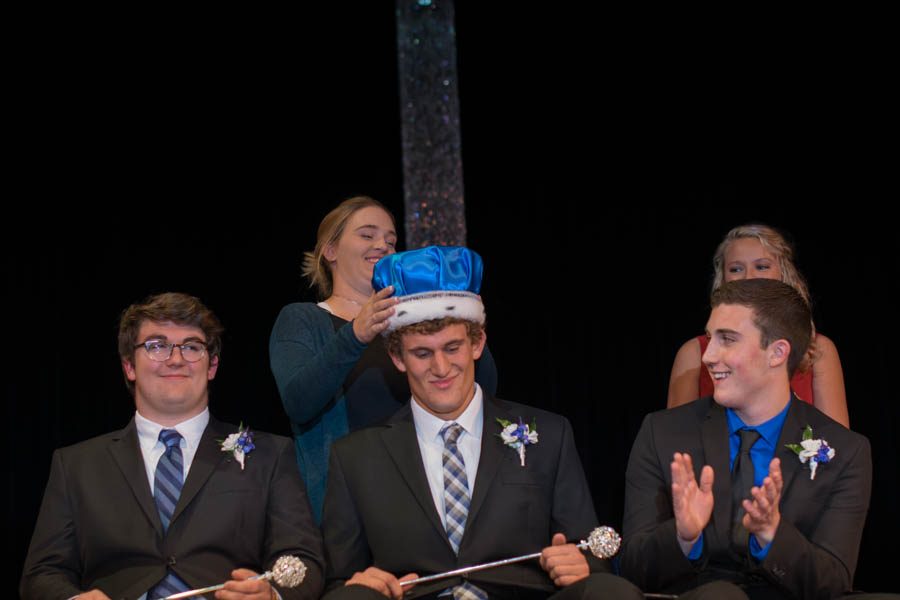 What extra-curriculars are you involved in?

“Ethan is involved in football, basketball, track, student council, concert choir, NHS, and life of an athlete at OHS. When not at OHS you can find Ethan working at his beloved Taco John’s restaurant, watching the office, and hanging out with his friends. He has been involved at Trinity Lutheran Church  and has consistently been on the A-honor roll. Last winter, Ethan was a state recipient of the MSHSL Excel Award for recognition of excellence and community, education, and leadership. Ethan is an avid fan of Star Wars, Harry Potter, Jeopardy, and Spongebob Squarepants, and would like to thank each of them for the positive influence they have had on his life.

Ethan plans to attend St. John’s university or the University of St. Thomas and plans to become a physician’s assistant.

What is the first thing you would you do as a real ruling king?

“Use his power to do something cool.”

Did you enjoy process from top 12 to top 5 to king?

“Yeah, it was a lot of fun and it was cool to have a lot of my friends up there with me.”

What is the first thing you would do as a real ruling king?