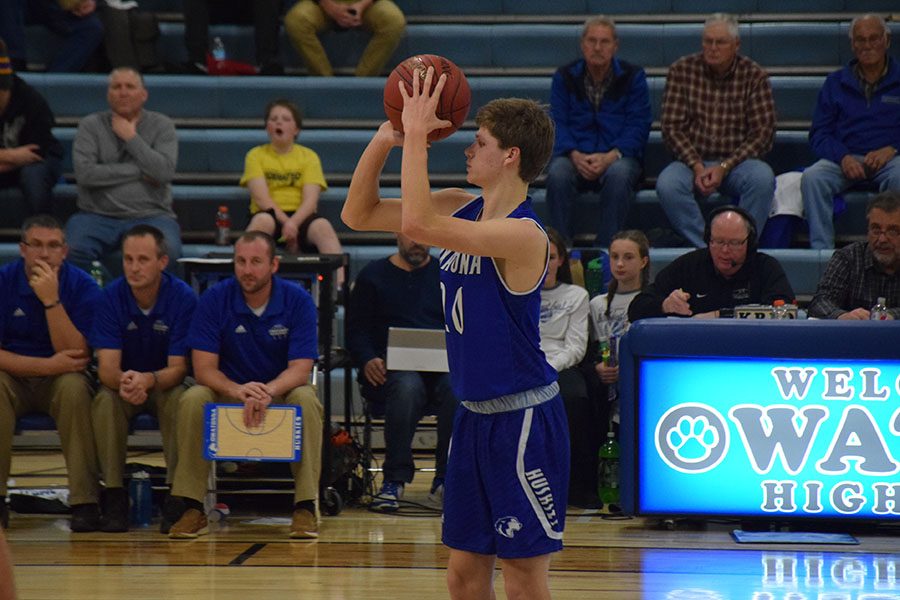 All year the boys have been putting in work and have been restless for the first day. The team attended camps throughout  the summer, so they are able to get right back into strong performance. When asked about what he has done in the offseason, senior captain Nolan Malo said, “I have been playing AAU basketball, going to camps, summer basketball, lifting weights, and just getting my shots up.” With a lot of experience and good chemistry within the group, the players are ready to get to work and have fun while doing it.

Conference and section championships are goals that the team is working to attain this season. To reach their goals, head coach Josh Williams said, “We are counting on guys returning from last year Alex Raichle, Nolan Malo, Dalton Kubista, Andrew Jackson and Jason Williamson (all players started at some point last season).” The team will also need to rely on some new faces. Coach Williams said, “Some other guys to count on giving us great minutes would include Tucker Alstead, Jared Fett and Steven Eckard.” The team has high hopes for themselves and have strong promise in accomplishing them.