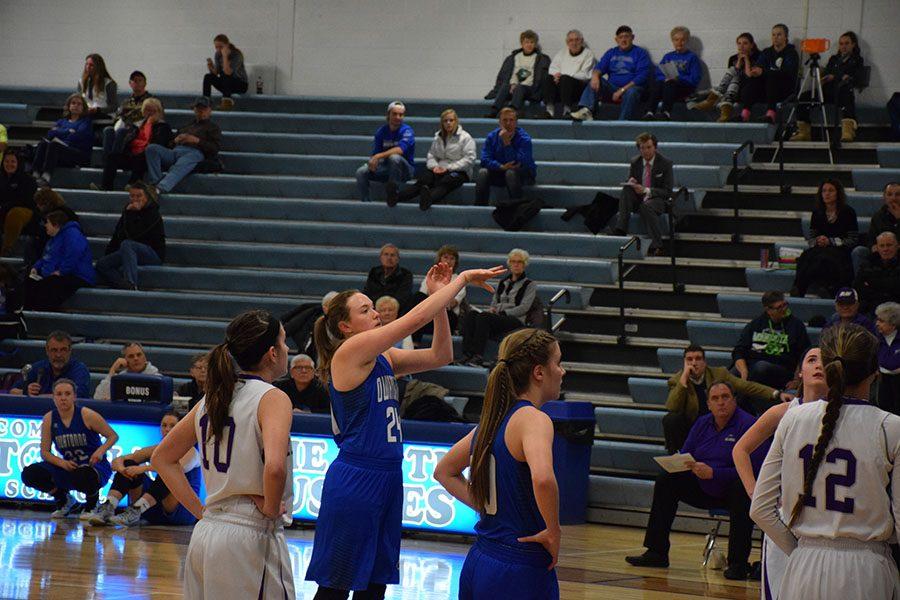 The Owatonna Girls Basketball team is looking to have an outstanding season. Jenna Zeman said, “Our team goals for this season are to win the Big 9 Conference and go to state as well.” Their journey began with long three hour practices and weeks performing CrossFit with Mr. Eggermont. The girls have also scrimmaged against Hayfield, which went well but they did not keep track of score considering it was a scrimmage. In addition to intense training, all of the starters are returning which favors the team.

Head Coach Lindsey Hugstad-Vaa’s energy for the season matches the team’s.Hugstad said, “We want to win our Conference, make it to the Section finals and go to State! With so many seniors graduating last year, the team will have to fill the role of those who graduated with some younger talent. This year Julia Haarstad, Hannah Gebur, Lexi Falken, Sara Anderson and Alexa Sommers will be stepping up for the seniors that have graduated.” These girls have been playing together ever since they were young. The team has a lot of potential and OHS wants to see success in their goals for the season.