Who wore it best 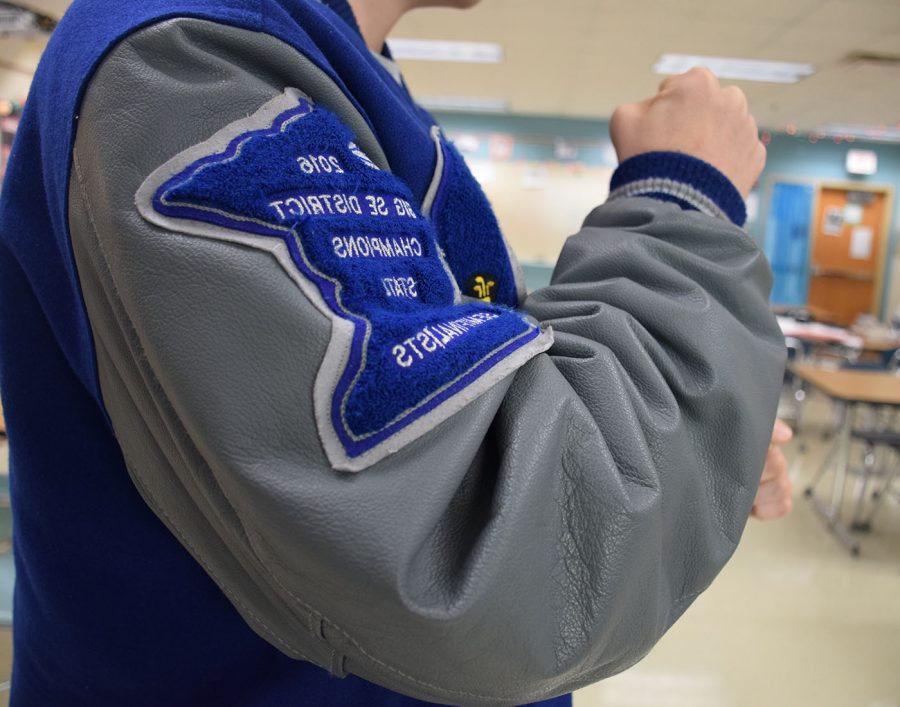 Going to state and competing for state title is a huge accomplishment, the 2017 football team did just that. The team will be rewarded for all of the hours of hard work they have done in the form of a medal and a state patch- both can be displayed on their letterman jackets.

Some football players feel that the cheerleader patch is undeserved.  Some saying, “They are not apart of the football team, why should they be rewarded for us winning?” Football players go through a 16 week season, spanning over three months, starting with two-a-days where practice spans from five to six hours, including weight room sessions and film work. The next 14 weeks are filled with practicing after school from 3:05-6:00, game planning on each team, preparing different offenses to disemble opposing team’s defense, scouting opponents offensive attacks for defense, and if traveling to various practice locations to practice under a dome and on turf to prepare us for US Bank Stadium for finals. The football players also give up a large majority of their summer to attending various camps to help improve their basic skills and establish a touch with their quarterbacks. Not to mention four days a week having to wake up around 6:00 a.m. to lift weights all summer.

Now cheerleading is classified as a sport and has a an abundance of competitions around the country and local, such as the 2017 Great Minnesota Cheer off. So in a sense, they are a different sport, in a different practice, but getting rewarded the same as football players just winning the state championship. Cheerleaders are able to accomplish their own state titles in various competitions and should not be given a patch on regards of the football team winning a state title.

Now the football team does see the amount of works goes into cheerleading, but seeing it as a separate sport, they should be rewarded differently. Such as a cheer patch, stating they cheered for the Owatonna Football state 5A championship team. They should not be allowed the same award as the Football Team.

Supporting our peers is part of the high school experience. It builds a strong community of positive encouragement. The Owatonna Cheerleading squad is not a sport dedicated to themselves, it is a sport that works hard to bring the fans and energy to football games during all seasons of the year for various sports.

The Owatonna Cheerleading squad last year, along with every other squad that cheered at the 2016 state football tournament received state patch certificates from the MSHSL. The Cheerleading squad will receive certificates again this season, after the football team won participated in state again. Whether or not if they will purchase the patch is up to each of the cheerleaders. Owatonna Cheerleader Olivia Ahlberg said, “We realize that the football players are the ones who won state, but we have been by their side the whole time. The patches we get specifically say “Cheerleading” and are designed for cheerleaders so we are getting a patch that lets everyone know that we were cheering, not playing football.” They show that the cheerleaders did not receive them because they won the most games, but instead that they were there at every game on the sidelines energizing the fans and the players. Owatonna Cheerleader Hunter Zempel said, “We understand that the football players do a lot of the work to get us where we go and keep our season going, but the cheerleaders work just as hard to get the fans, the parents, and the whole school motivated to come to the games and be excited about the games.”

The decision has been made by MSHSL to give every cheerleader who cheered at the state football tournament a certificate, so the point is moot. Some cheerleaders say, “We use our time, our money and our resources to make and do these things for them because we think they deserve it. We are proud of them, and we want to support them and it kind of sucks that they do not return the favor.” The cheerleaders work hard just like every other sport at the OHS, and everything that they do is for the football players. Although indirectly this work does help the football team win.