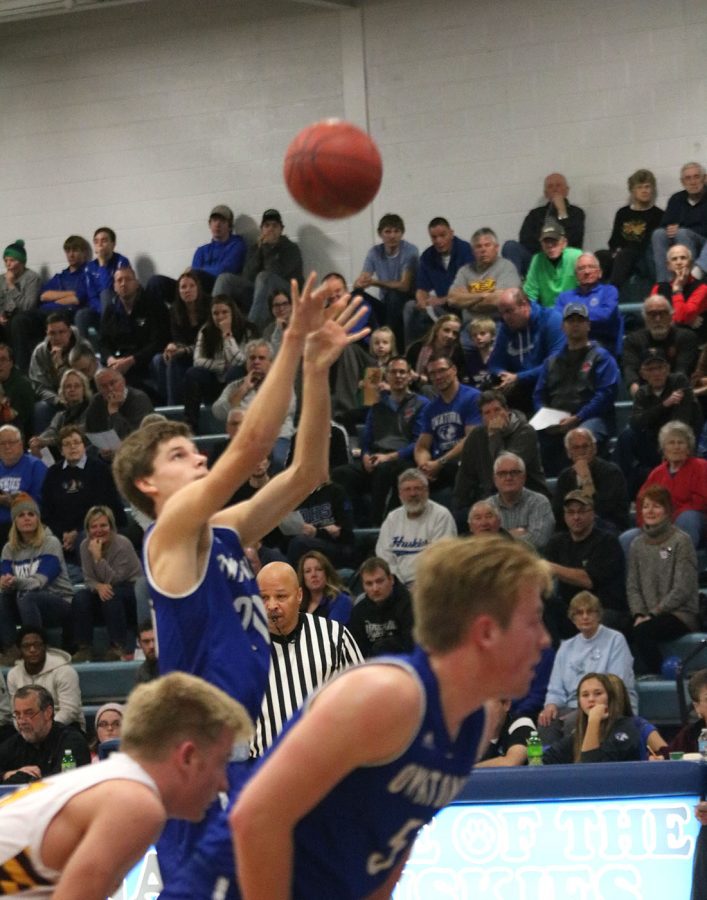 Senior Dalton Kubista is currently on a roll, coming off a state football championship in November, to leading the boys basketball team in scoring. Kubista joined the 1,000 point club on Friday Feb. 16. Kubista has his sights past the record books though, he wants to win the section, even make a run at state. Reflecting on his last season wearing the blue and white, some of his favorite accomplishments came this year. Kubista said, “We were on a 14 game win streak earlier this season, and my favorite game this season so far was against Austin. It was a win at their place, and it was great to see their student sections faces as we left.”

Kubista adds that he has been with the program for ten plus years, and the past four have been his favorite. Kubista said, “I started playing with the varsity boys around 8th grade, I was a lot smaller, but I knew I had a lot of learning to do. Now that I am senior, it has been fun to watch the underclassmen grow like I did.” Kubista thought he has grown not as just a better basketball player, a better man. Coach Josh Williams said, “I loved the way Kuby was playing at such a young age, I asked him if we would be comfortable with moving up a couple grades, he was a little reluctant at first, but he settled down.” This shows the faith the coaching staff put in Kubista, not just at a young age, but growing into the full time starter now.

As Kubista reflects on the past four years of athletics, he does not regret a thing. He says, “My coaches are the reason I am in my position. Pulling me up as a freshman in most sports and pushing me to be my best.” As the basketball season starts to wind down, he has his eyes set on track season. This will be his fifth year competing at this level. He will be training hard, in the short month before the new season starts. Kubista said, “The off seasons are short from football through track, but its all worth it when we accomplish our goals.”

Dalton is a three sport athlete, a champion, 1,000 point score and a triple jump powerhouse. But he stays humble and behind the scenes. Good luck on the rest of the endeavors Dalton Kubista. 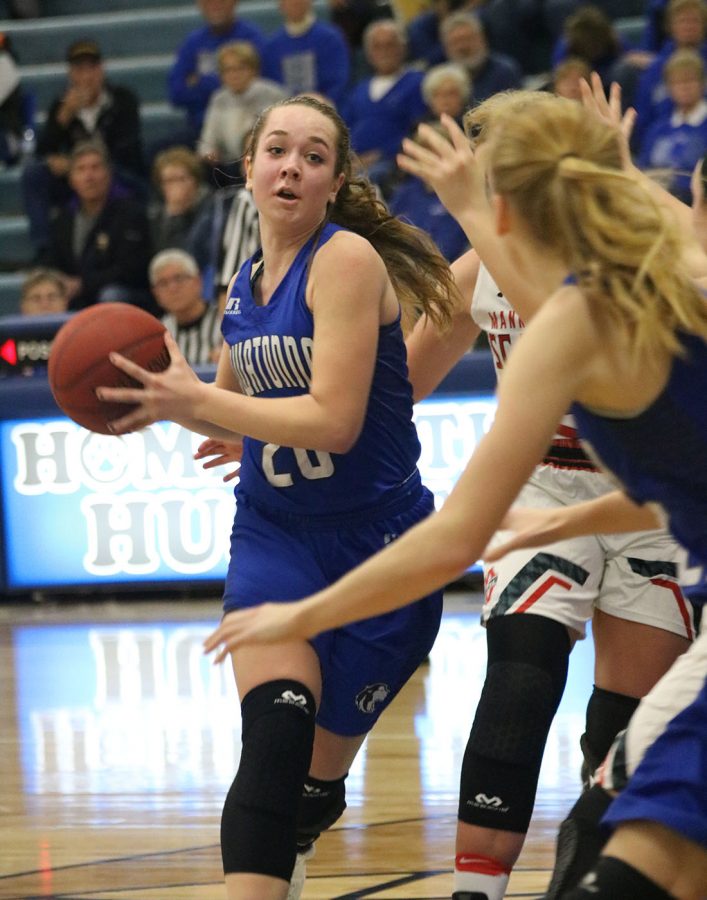 For years Senior Sydney Schultz has dominated the girls basketball scene, but as of late she has been on a roll, along with her own team. Last year, Schultz surpassed 1000 points in her high school career, doing it as a junior. This year, Schultz became the all-time girls basketball scoring leader, surpassing the mark of 1523 points. Not only has she been making it rain, but she has helped lead her team into a lengthy season, with a sections win over Rochester John Marshall. Schultz scored 31 of the 64 points in the 64-56 win. Schultz is definitely proud of her accomplishments on the stats sheet, as she should be, but she hopes girls learn from her that scoring points aren’t everything. Schultz says, “There are so many parts to the game that a team needs. Whether it be great passes, rebounds, defense, or leadership.”

Some may wonder how Schultz puts up 20 to 30 points on a daily basis, Schultz says, “I just continue to work hard and look for those baskets that don’t always come easily.” There is no doubt that Schultz is a very hard worker and has a strong dedication to her sport. Girls basketball coach Dan Leer says, “Syd is an incredible competitor and incredibly athletic, which is a dangerous combination for opposing teams. Plus, she’s got a great heart and a genuine soul.” Leer has a point, but leading such an accomplished career doesn’t come with some setbacks. Schultz says, “I’ve had some injuries and what I’ve learned is that you just need to keep pushing through it.”

Scoring 1000 points and being the all-time girls basketball leading scorer is of very high-distinction, and Schultz has not been alone through her historic high school career. Schultz says, “My friends and family have all pushed me to be my best and they are the reason that I was so successful in my high school career.”