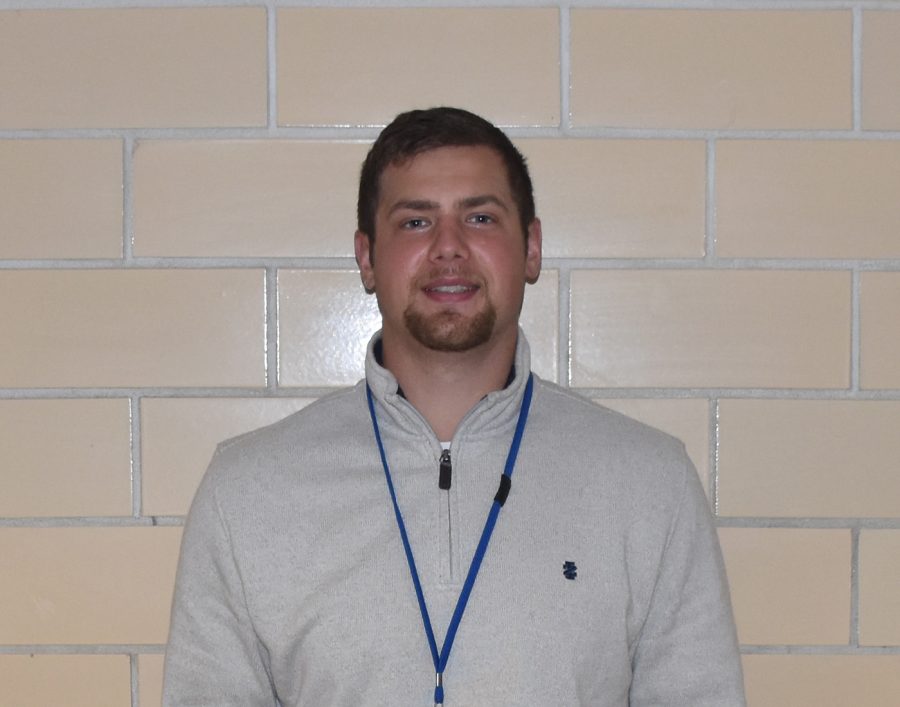 Colin Valley is a new teacher to OHS. Valley is a special education teacher. He grew up and graduated from Oconomowoc Wisconsin. After graduating high school he went to college at Winona State University where he also played football there. Growing up, he wasn’t always the most ambitious student in school, but football kept him busy. His biggest influence to become a teacher was his high school football coach, his high school football coach was a mentor to him. One of Valley’s favorite activities outside of school is football. Along with being a new teacher at OHS, he is also one of the 9th grade football coaches.

His biggest inspiration to become a teacher was his high school coach, but his biggest inspiration to become a special education teacher was a kid he worked with in high school named Kevin. He would eat lunch with Kevin and would take him out to recess. He really enjoyed spending time with Kevin and that was a major factor in choosing to teach special education. Mr. Valley was drawn to special education because of a friendship he had made. This had a lasting impact. Mr. Valley said, “I knew if I could change it for one or two kids then I’d feel accomplished.”

Valley had an intern teaching job at Riverside Elementary School in Rochester but that only lasted for four days due to the state-wide shut down. So this is Valley’s first official teaching job. Mr. Valley’s classroom is in G-204 stop by and welcome him to OHS.