The Owatonna varsity wrestling team had a great season filled with many successes. Although the team’s season ended rather disappointingly with a runner-up finish in sections, the Huskies were represented well with eight individuals making it to the state tournament.

The team’s overall dual record included 21 wins and only four losses. The four losses were all conceited to teams ranked sixth or higher in the state. One of the biggest wins of the year was a 29-27 victory over conference rival Albert Lea to take the Big 9 title. The Huskies were undefeated in the conference. The team also competed in two very large individual tournaments earlier in the season. The Huskies took 13th out of 33 teams at the very prestigious Minnesota Christmas Tournament. Four wrestlers placed in the top eight of their weight class. The team then traveled to Fargo, North Dakota to compete in the 69 team Rumble on the Red Individual Tournament. The Huskies took sixth place and had three place-winners, including two champions. Freshman Tanner Cole won the 113 pound bracket while junior Spencer Sorenson took first in the heavyweight division. The Huskies won team tournaments throughout the season, as well. These included the Mustang Duals at Moundsview High School and the Federated Duals at home. The regular season concluded with a dual at home against Kasson-Mantorville. The two state ranked teams battled throughout the entire dual. Unfortunately, the Huskies were downed 30-26.

Heading into the post season, the Huskies were hungry for another team state tournament berth. With the second seed in sections, Owatonna had their sights set on the section championship trophy. Taking care of business in the quarter-final and semi-final duals, the Huskies were in the section finals. On the other side of the mat was first seeded Hastings. The winner went to the state tournament, the other stayed home. The Huskies gave it their all, but it wasn’t enough. The scoreboard read 33-24 in Hastings’ favor when it was all said and done. The team’s season was over. The very next weekend was individual sections. The top two from each weight class moved on to the state tournament. The team’s season was over, but for the four individual section champions and four section runner-ups, the trip to the Xcel Energy Center was just a week away. Section champions included senior Brenden Buryska, junior Spencer Sorenson, freshman Tanner Cole and eighth grader Peyton Robb. The four runner-ups included seniors Hunter Jirele, Tyler Sorenson and Tyler Vogt. Freshman Brandon Moen also took second place.

Buryska, Jirele, Robb and Vogt all were making their individual state tournament debuts. Cole and Tyler Sorenson both made the state tournament last year, as well. Moen and Spencer Sorenson made their third state tournament appearances. Out of the eight representing Owatonna, three placed in the top six. Senior Tyler Vogt took fifth place at 170 pounds. Junior Spencer Sorenson wrapped up his season as a runner-up at heavyweight. It was an improvement from his third place finish last year. Freshman Brandon Moen also improved from last year’s fourth place medal when he nabbed third place this year at the 132 pound bracket. Vogt was very excited with his finish at state. He had wanted to place at the state tournament since he began wrestling. It was a great way for him to finish high school career. He said, “It felt amazing!” Both Moen and Sorenson are still striving to become state champions, which is very attainable for each in the seasons to come. It was a positive showing from the eight individuals representing Owatonna, but the entire team hopes to return to the state tournament next year. 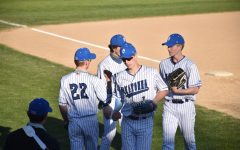 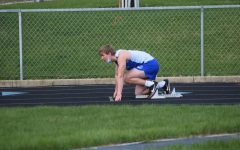 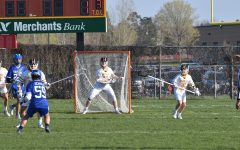 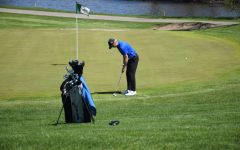 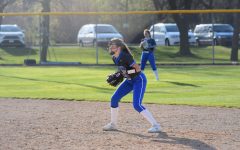 OHS Softball is swinging for the fences