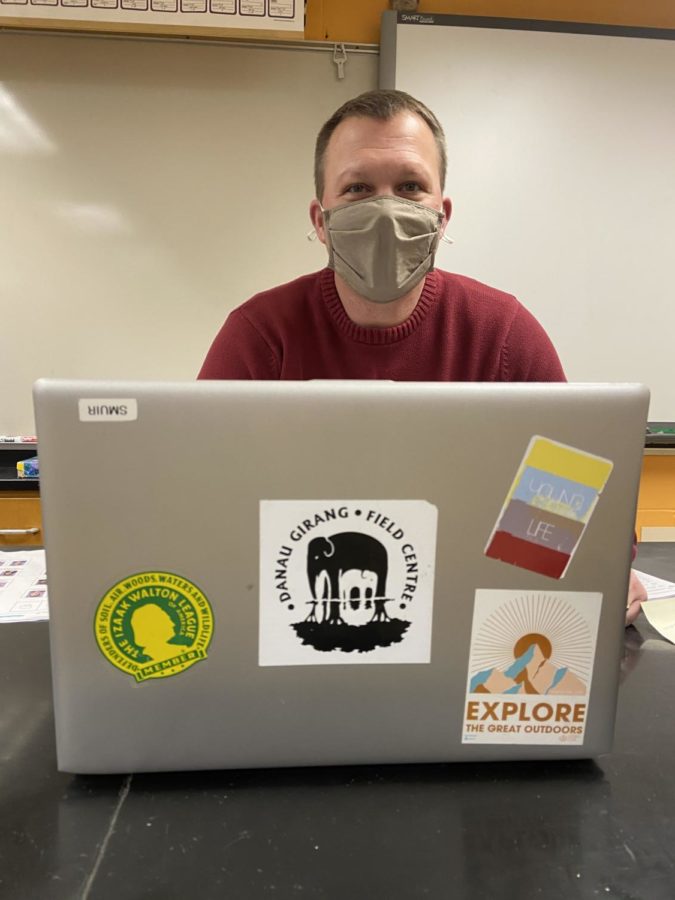 “The one in the middle, that Danau Girang Field Center, I got when I was in Borneo, which is an island north of Australia, and did that as part of a part of a biology master’s program, and it was along the Kinabatangan River. It was out in the rainforest, pretty near where they have palm oil plantations. So a lot of research was done with deforestation, stuff like that in conservation, so it was just an awesome spot. Crocodiles, monitor lizards, probably telling too much about that. Izaak Walton League, that one, there is a local conservation group trying to save soil, air, land and water but with the idea in mind that people use it for recreation, for hunting, fishing, and for just exploring. Young life–I’ve been a member and a leader of the Young Life organization before and I think they’re a great group in Owatonna. And then I’m also a member of the Sierra Club and so I got a sticker as being a member at some point there that says ‘explore the great outdoors’.”

Which sticker is most meaningful to you?

“They’re all kind of a part of me. But probably, probably the Danau Girang Field Center because that one’s probably the hardest to get because it’s across the world.”

Why do you put stickers on your laptop?