As the year comes to a close, everybody likes to recap on the special things that took place this year. Whether it is the hottest trends or the coolest new gadgets, everyone is interested in the best of the “Best of 2014”. Music, movies, books, video games and phones are important to teenagers.

Music is something cherished by many of the students at the Owatonna High School. When students walk through the hall, all they see are headphones plugged into ears. Soundcloud, Rhapsody and music libraries on phones and iPods are all ways to listen to the sounds of 2014. According to Officialcharts.com, the Top Five songs of 2014 include:

Music has always been a way to escape. Melodies and rhythm take students away from the laborious lifestyle of high school students.

Watching movies is a way to spend quality time with friends and family or to have the perfect date. Movies open our minds to new possibilities and new worlds through the power of images. Netflix is the main supplier for movie watching, but Redbox and Hulu are also some options to watch movies. According to IMDB.com, the Top Five movies of 2014 include:

Movies are the perfect way to snuggle inside during the cold weather of the winter months because, face it, nobody wants to be outside when the wind hurts their face.

Books open the mind to a whole bunch of new opportunities. They open the door to a whole new world with plots, twists and turns. When a book is opened, the mind is fed. As teenagers prepare to close the last chapter of 2014 and begin a new one, here are the Top Five books according to Goodreads.com:

Books create a new universe for people, especially during these cold, blustery months. Open up a book and get lost in the pages during the final days of 2014.

Video games are addicting. They heighten all of one’s sense and give fingers a mighty exercise. They have awesome graphics, neat ways to customize characters and many more options. According to Forbes.com the Top Five video games of 2014 include:

Video games have advanced so much over the years, everything ends up looking real. They can create a sort of release for many teenagers, helping them cope with the stress of being a teenager.

Phones are beautiful, magnificent machines. They are a new way to communicate with one another, especially with all the new smartphones coming. Getting a brand new phone is like getting a new piece of fine jewelry to some teenagers. According to Stuff.tv, the Top Five phones of 2014 include: 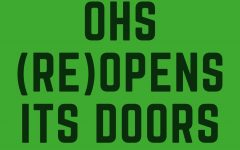 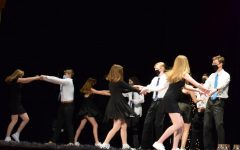 Putting on a show for a cause 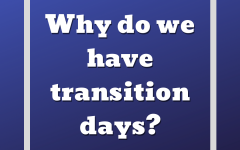 The importance of transition days 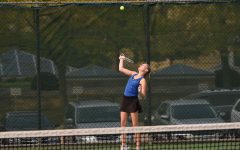 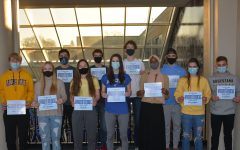